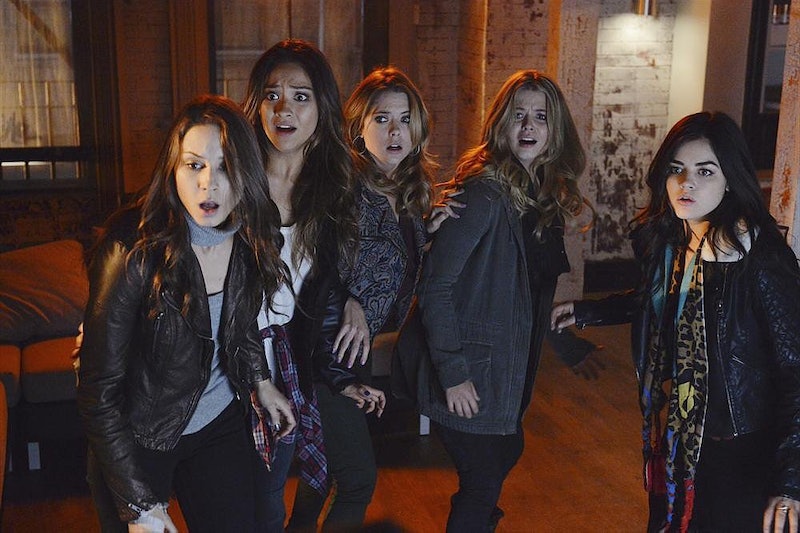 As the world prepares itself to say goodbye to the inhabitants of Rosewood, the cast and crew of Pretty Little Liars have been making the rounds to discuss the final 10 episodes of the show. Speaking at the Television Critics Association winter press tour on Tuesday, some pretty major revelations about the show's swan song came out, including the fact that there will be a musical number in all our futures. But perhaps the craziest news so far involves creator I. Marlene King discussing the possibility of rebooting Pretty Little Liars in the not too distant future.

King has to be one of the best show runners around, as she's always eager to discuss the series with PLL fans on social media and is clearly very committed to the story she's telling. According to her at the Television Critics Association winter press tour, Rosewood's story might not be over quite yet. King said,

It's incredible to hear her talk about bringing the characters back together again and telling even more of the story at a later date.

Her comment that she hopes to bring the characters back together again "not in two years but soon" makes it sounds as though she has a plan in mind. Having helped to construct the world of Pretty Little Liars, which includes plotting out A.D.'s intricate moves, King is obviously very good at keeping secrets. Maybe the cast and crew have an #endgame of their own in mind? Are they secretly plotting a revival already?

We've got some really big ideas for a great PLL movie, but that won't happen right after the series ends. I think we'll take a little break and let everybody go off and do a few things and hopefully we'll come back together again and do something really special.

When coupled with the showrunner's comments on Tuesday, it's certainly starting to sound as though the Liars will be back at some point soon, perhaps even on the big screen. The final season of Pretty Little Liars starts on April 18, 2017 on Freeform, but fans are ready for a revival already. At least, I know I am.