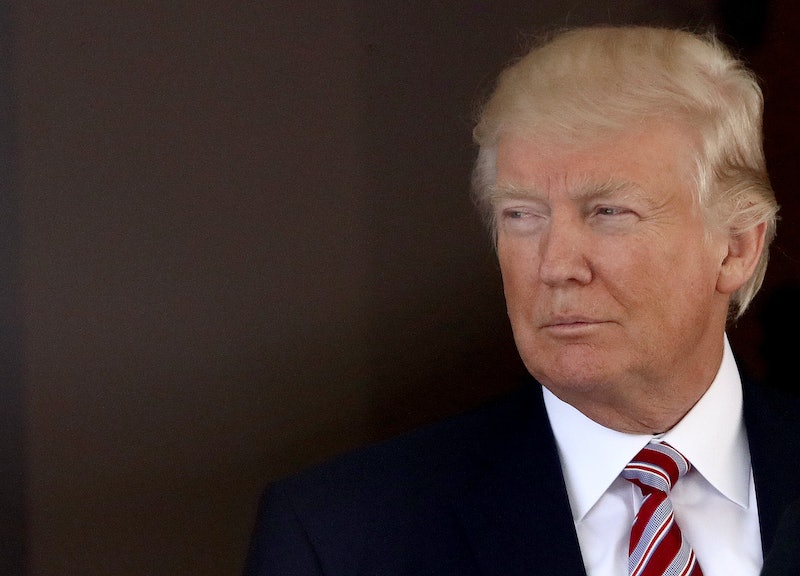 As a catch-all term, “obstruction of justice” can apply to almost any legal situation, from lying to a police officer about the mundane (how long you’ve lived in a state, for example), to a crime as serious as killing a witness. The punishment varies, depending on the severity of the obstruction. But interestingly, the penalty also rests on the person of the accused. For most government officials charged with obstructing justice, the next step is indictment. But since the widely-held view is that the Constitution protects a sitting president from being put on trial, the clearest legal route forward would be impeachment.

A conversation between President Trump and former FBI Director James Comey is the impetus behind the sudden national concern with the concept of obstruction of justice. On Feb. 14, Trump asked Comey to stay behind for a one-on-one talk following a routine White House briefing. According to a memo Comey wrote the next day, Trump asked him to stop the FBI's investigation into Trump's former National Security Adviser, retired Gen. Michael Flynn. "I hope you can let this go," Trump allegedly said.

The White House is denying Comey's version of that conversation.

According to several legal scholars, Trump's words do represent an attempt at obstruction of justice (although the White House would disagree). Stephen Vladeck, a law professor at the University of Texas, commented to Politico, "When someone at the White House is telling someone at DOJ or the FBI to soft-pedal or abandon an investigation, that's when people start talking about obstruction."

The relationship between any president and an FBI director further magnifies the problem with a statement like the one Trump made. According to former federal prosecutor and Georgetown University professor Julie O'Sullivan, "He [Trump] really needs a lawyer." A power dynamic exists between the POTUS and the leader of the FBI — the former can fire the latter. The fact that Trump recently did exactly that only makes matters look more incriminating for the president. As O'Sullivan put it, "He's building a beautiful case against himself."

At least one Republican lawmaker appears to agree. On Tuesday, Rep. Jason Chaffetz wrote a letter of his own to the FBI, requesting that all memos of Comey's conversations with Trump be turned over to the House oversight committee. Comey has left a paper trail of memorandum recording his notes about his interactions with the president, a relationship that appears to have made Comey feel uncomfortable on more than one occasion.

That trove of memos may unveil more evidence of obstruction of justice Chaffetz's announcement that he won't seek reelection in 2018 perhaps explains why the chairman of the House oversight committee has seemed much more assertive in pursuing the allegations against Trump.

Notably, both presidents who have previously faced impeachment — President Nixon and President Clinton — were also accused of obstruction of justice.

There may yet be a third president added to that short and ignoble list.