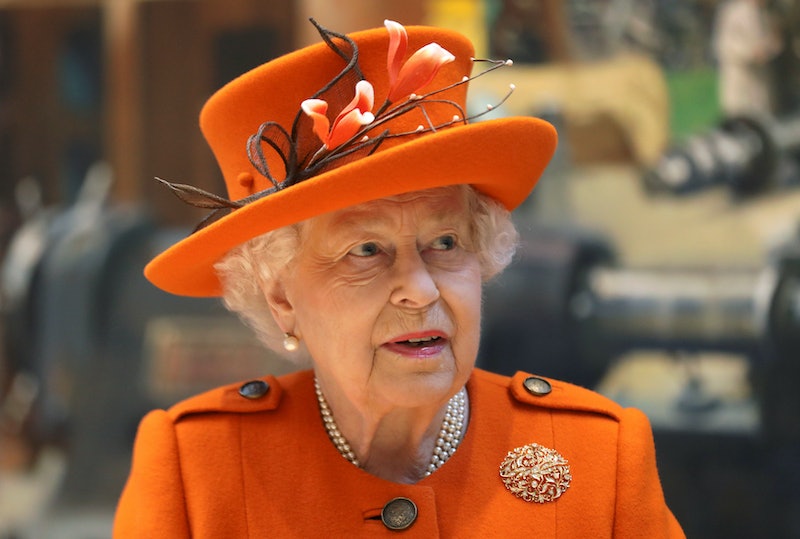 If you want to forget the current debacle that is Brexit for an hour, how about digging deep into another political scandal that rocked the nation 10 years ago? Thanks to a Newsnight special on BBC Two, you can experience the highs and lows of the expenses scandal that involved MPs claiming things like Hobnobs and toilet seats as business expenses. The special also includes an interview with The Telegraph's former editor Will Lewis, who may or may not have implied that a conversation with the Queen spurred him on to complete the investigation into the scandal as well. Yeah, you're going to wanna put this in your planner.

If that's all sounding familiar but you're not as up to speed with the scandal as you'd like to be, here's a quick rundown. Basically, The Telegraph published uncensored copies of MPs expense claims so to allow taxpayers to "see where their money has been spent" and how MPs claimed for certain items illegitimately, which ultimately led to a breakdown of trust between the government and the public. As Newsnight presenter Emily Maitlis pointed out in an article for the BBC, the scandal came in the wake of the financial crisis of 2008 and also followed the Iraq war where "many felt they had been sold lies by the government."

So it came as no surprise that when the expense claims were published that it caused quite a stir. Many MPs stood down as a result of what was published, and some were even convicted for false accounting as the BBC reports. As Maitlis stated: "The expenses scandal exposed a kind of wholesale wrongdoing. It wasn't about individuals — despite their memorable home appliances — it was the sense of a systematic rot that people were only just beginning to understand."

The Telegraph have since published an extensive timeline of the events that led to the scandal being disclosed, and how their investigation took place. Led by editor Will Lewis, their reports rocked the nation and also garnered recognition from Spanish newspaper El Mundo, which awarded the Telegraph Media Group the Reporters World Award for their investigation of the scandal.

But where does the Queen come into all this? Well, Lewis revealed in an interview for the Newsnight special that during the "height of the newspaper's coverage" of the scandal, he and the Queen had a private conversation at the Chelsea Flower Show in London. Even though Lewis said he would never disclose what was actually said during their chat, he felt "even more resolute and even more robust" in pursuing the investigation and writing the story after speaking with Her Majesty. I just wish I'd been a fly on the wall. I have contacted a representative of The Queen for comment, and will update you as soon as I hear back.

So while it may never been known what advice the Queen may have given Lewis in regards to the story, it's safe to say that she had at least some influence over what was eventually published.