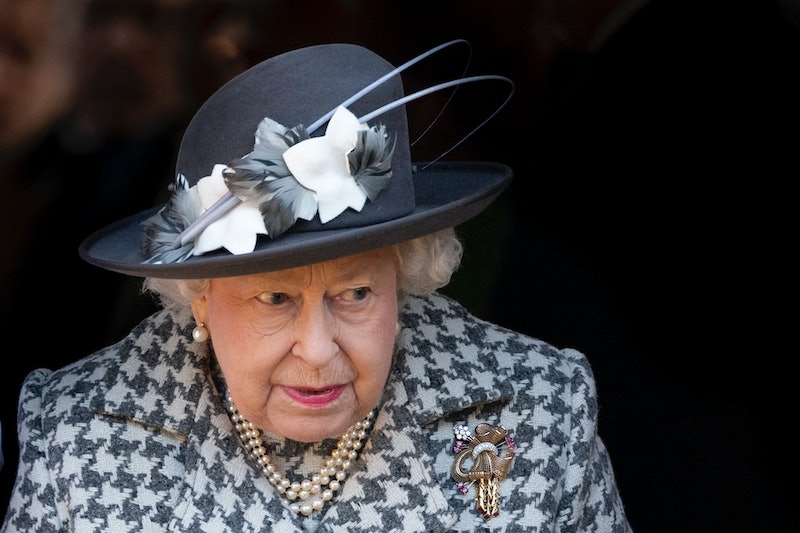 There are few schedules as demanding as Her Majesty the Queen's, so the 93-year-old could be forgiven for skipping the occasional royal duty or two. However, she recently broke with a long-standing tradition, and the Queen missed an important meeting dating back to 1943. But why was she forced to pull-out of the event?

Well, as Hello! reports, Queen Elizabeth II was scheduled to join the Sandringham Women's Institute meeting on Thursday, Jan. 23 — an event Her Majesty has attended for over 70 years. However, due to an untimely cold, the senior royal cancelled her appearance. According to the Metro, the Queen usually joins Women's Institute members during her winter stay in Norfolk, where she is known to enjoy a spot of tea and cake, and listen in on the annual keynote speech. However, just half-an-hour before she was due to arrive at West Newton Village Hall, the Queen's security team confirmed she would not be attending.

This year's Sandringham Women's Institute speech was delivered by long-time BBC News presenter Huw Edwards, who had already arrived at the venue before news of the Queen's illness broke. As reported by the Metro, Edwards described the gig as being "daunting and exciting in equal measure," and explained that prior to his scheduled speech, he aimed to be "brave" and think carefully about what he might want to say.

During last year's event, the Queen made headlines when she took part in a special live edition of the hit BBC game show Pointless whilst visiting the 2019 Women's Institute meeting. As the BBC reports, Her Majesty is thought to be a huge fan of the teatime staple, and it seems her love for the series paid off, because the royal ended up walking away with a coveted Pointless trophy following her team's victory in a best-of-five match.

More like this
This Is When Netflix Is Going To Start Charging You For Sharing Passwords
By Darshita Goyal
Pret & Costa’s Coffee Is The Strongest On The High Street, According To Which?
By Sam Ramsden
Twitter Has *A Lot* To Say About The "Single Penalty”
By Sam Ramsden
Rita Ora Finally Opened Up About Marrying Taika Waititi & Their "Perfect" Wedding
By Sophie McEvoy and Catharina Cheung
Get The Very Best Of Bustle/UK
Sign up for Bustle UK's twice-weekly newsletter, featuring the latest must-watch TV, moving personal stories, and expert advice on the hottest viral buys.