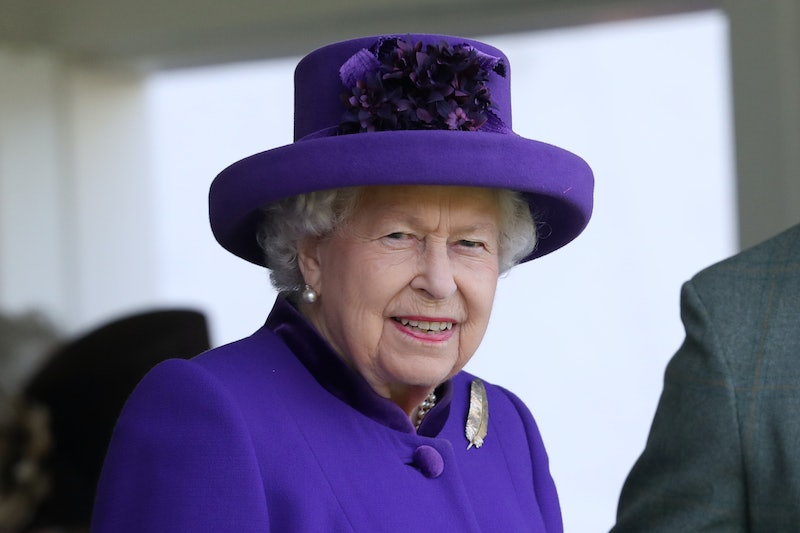 For modern royal watchers, it might seem like Prince William, Prince Harry, Duchess Kate and Duchess Meghan are always in the news, on social media, or having their royal style dissected at various events all over the world. But history proves that this willingness of the royal family to share their lives with the public is actually quite new. Queen Elizabeth II has never given an interview or authorized a member of her staff to do so — until now. A representative for HarperCollins announced on Monday that the publisher will be releasing The Other Side of the Coin, a memoir by Her Majesty's Personal Advisor, Angela Kelly, on Oct. 29.

Kelly has worked with Queen Elizabeth for 25 years, first as her Senior Dresser, then as her Personal Advisor and Curator and In-house Designer. The first person in history to hold this title, Kelly not only has a unique working relationship with the Queen, but is actually the first serving member of the Queen's staff to be given permission to publish such intimate details of her life and work in the palace.

According to HarperCollins, The Other Side of the Coin will give readers a backstage view into what it's like to curate the Queen's wardrobe — including everything from choosing meaningful jewelry to piecing together those impeccably color-coordinated ensembles — and what it's like to prepare Her Majesty for formal occasions. Along these details will be more personal stories and anecdotes of Kelly's time spent with the Queen, paired with never-before-seen photographs from the author's private collection. The Other Side of the Coin promises to show a side of the Queen the public has never be privy to before.

"The work undertaken by Angela and her team is to ensure that anyone in the same room as The Queen will be awestruck, and the way they deliver this reaction is incredibly detailed and clever. The book, and its many gorgeous photographs, sheds light on all of this, as well as the history of Angela’s role, but more importantly and interestingly on the extraordinary working relationship between Her Majesty and one of her most trusted employees, giving us a personal glimpse of the other side of that famous image on every British coin."

Whether you're a fashion fan desperate to know just what it takes to dress one of the most powerful women in the world, or you're a royal family watcher who would love to get an inside peek at what goes on in Kensington Palace, The Other Side of the Coin sounds like a must-read. The book (and the audiobook, which is read by Kelly herself) will be available on Oct. 29