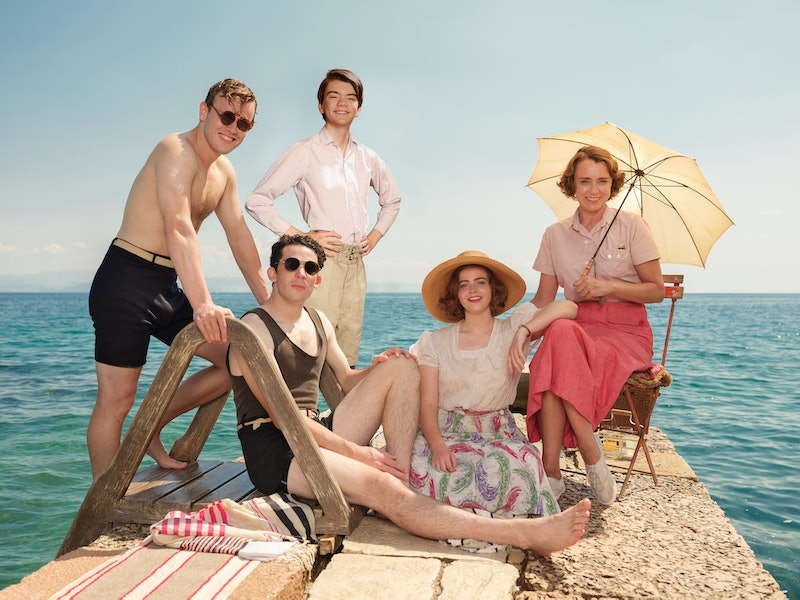 While the Queen may seem far removed from the likes of you or I. It turns out she's more like the rest of us than you'd think. She watches telly, and y'all she has the exact same kinds of tastes as a lot of women of the same vintage. Actually kind of the taste of everyone, because you know what everyone loves? A period drama. And one with a fabulous location. So it isn't so shocking to hear that the Queen loves The Durrells.

So all this goss came from a prominent member of the cast, Josh O'Connor who plays Lawrence Durrell. However, it was while filming for his upcoming role as Prince Charles in The Crown where heard about his royal fan. In an interview with Radio Times, O'Connor explained how it all went down.

Not that unusual right? Like, actors get people who are fans of their work all the time. But, it seems that O'Connor completely missed the point on this one. He continued, "The crew member said that someone who saw the picture told him, 'I loved him in The Durrells, it's one of my favourite shows'. I just said, 'Oh, that's good', thanked him and walked off".

But when the penny eventually dropped, O'Connor was delighted with the compliment. "They said it was the most under-appreciated reply to their story, because the fan they were talking about was the Queen," he explained. "This crew member has managed to get this picture of me to the Queen who'd said that she loved me in The Durrells! The real life Queen! So we have another fan! It was a great thing for us. We were so pleased".

The upcoming season of The Crown has got everyone talking, so much so that it seems even her maj is keen to get a sneak peak at the development of the cast. And with Oscar winner and all-round legend Olivia Coleman due to play the monarch — I'm sure she is pretty happy with the casting. It might help take her mind off any sadness that The Durrells is in its fourth and final season.

The show is set in 1930s Corfu and is based on the memoirs of Gerald Durrell. It stars Keeley Hawes as Louisa, the matriarch of the Durrell family. In an interview with the Radio Times, she described Series 4, which is based during the beginning of the war, as being "darker" than others. "It gets a little bit dark for the Durrells, which has always been a light and lovely show, she said. "The war is approaching, and they have to deal with that – as indeed the Durrells themselves did".

There is some potential good news though regarding a spin off, as O'Connor says he is definitely keen. He told Radio Times, "I can of course, see a life for the show beyond this in whatever form that takes. But I think, for now, we're celebrating the fact we're a huge success with beautiful stories written by Simon Nye, incredible directors, incredible cast, and I think we're just celebrating that".

The Durrells returns to ITV 1 on Sunday, April 7.

More like this
Even The Royal Family Can’t Get Over Alessia Russo’s Backheel Goal For England
By Maxine Harrison
Talking About Mental Health In Sport Is Crucial, Says England Legend Karen Carney
By Sam Ramsden
At 28, Lesley Manville Was Acting, Picketing, & Singing Kate Bush Songs
By Olivia-Anne Cleary
Tom Sturridge & Alexa Chung Are Enjoying A Summer Of Love
By Frances Stewart
Get The Very Best Of Bustle/UK