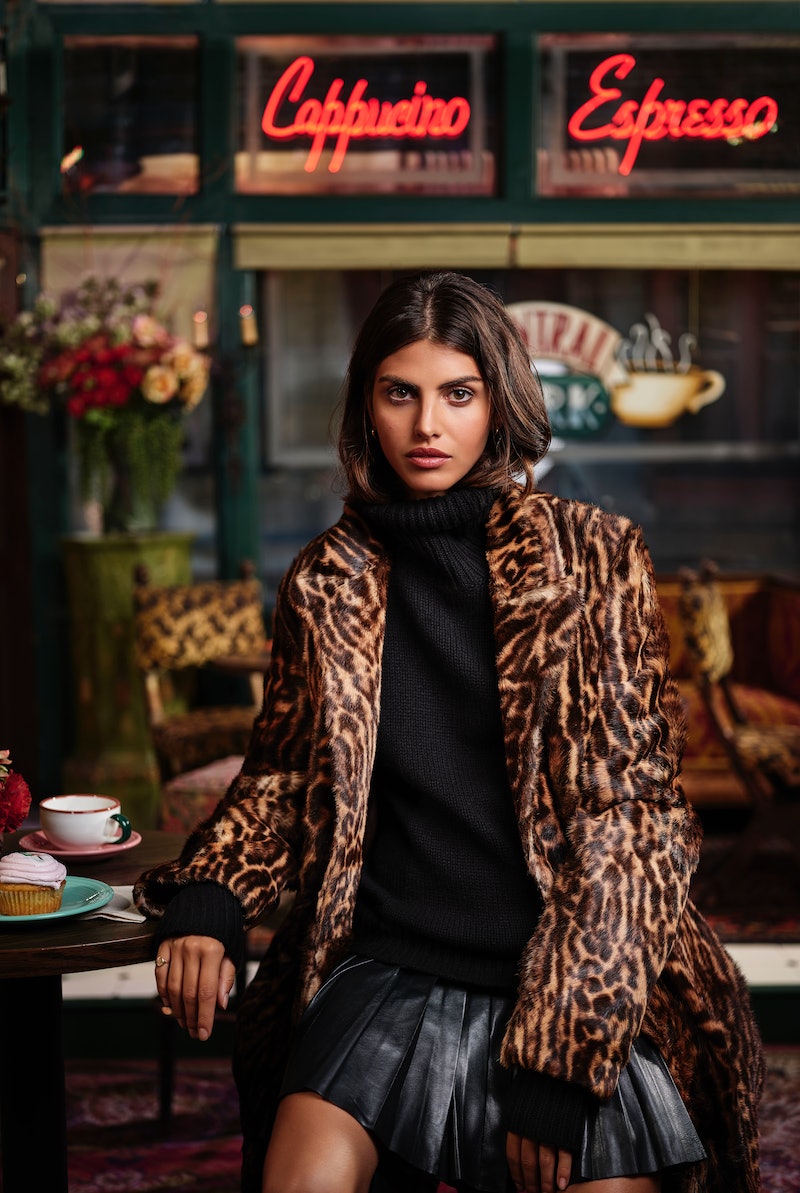 It's been 25 years since Friends first aired, introducing viewers to Rachel Green's iconic designer wardrobe. To celebrate the show's milestone anniversary, a Ralph Lauren x Friends collection just launched to pay homage to some of Rachel's best looks. The collection is a new way for fans to experience the classic show, pulling Rachel's fictional life into the real world.

According to a Ralph Lauren press release, "The One Where They Wore Ralph Lauren" is a "wear-to-work collection" created to reflect Rachel's timeless career style. The collection also underlines how the brand has remained a go-to label for modern working women for decades — much like the woman Rachel's character reflects. If a wool blend blazer and leopard-print coat was good enough for Rachel Green, it's good enough for fans today.

The collection features pieces from $40 all the way up to $3,000 for that leopard-print coat. The size range for the Friends collection is XS to XXL, though some pieces stop at XL.

In celebration of the collection, Ralph Lauren has also teamed up with Bloomingdale’s to bring the looks to the retailer's storefronts. Rachel worked for both Bloomingdale's and Ralph Lauren throughout the series, so the character has an intimate link with both brands.

But the label adds in a dose of Rachel's funkier side by combining the luxurious staples with new shapes and colorways. Think trousers in black leather, jackets in velvet, coats in faux leopard, and minis in bright yellow plaid.

For those who need a refresher on Friends, Rachel's story arc focused on her climb in the fashion industry.

Rachel quit being a waitress at Central Perk to become an assistant buyer at Bloomingdale's, but then got demoted to a personal shopper.

She then moved to Ralph Lauren where she became a merchandising manager. Then in the series finale, after Rachel considered taking a job in Paris with Louis Vuitton, she returned back to Ralph Lauren in order to stay in New York.

The 71-piece collection is available to shop at RalphLauren.com, as well as in-store at Ralph Lauren and Bloomingdale's. Get your Rachel-approved outfits while you still can. Maybe even consider getting an iconic Rachel haircut to match.