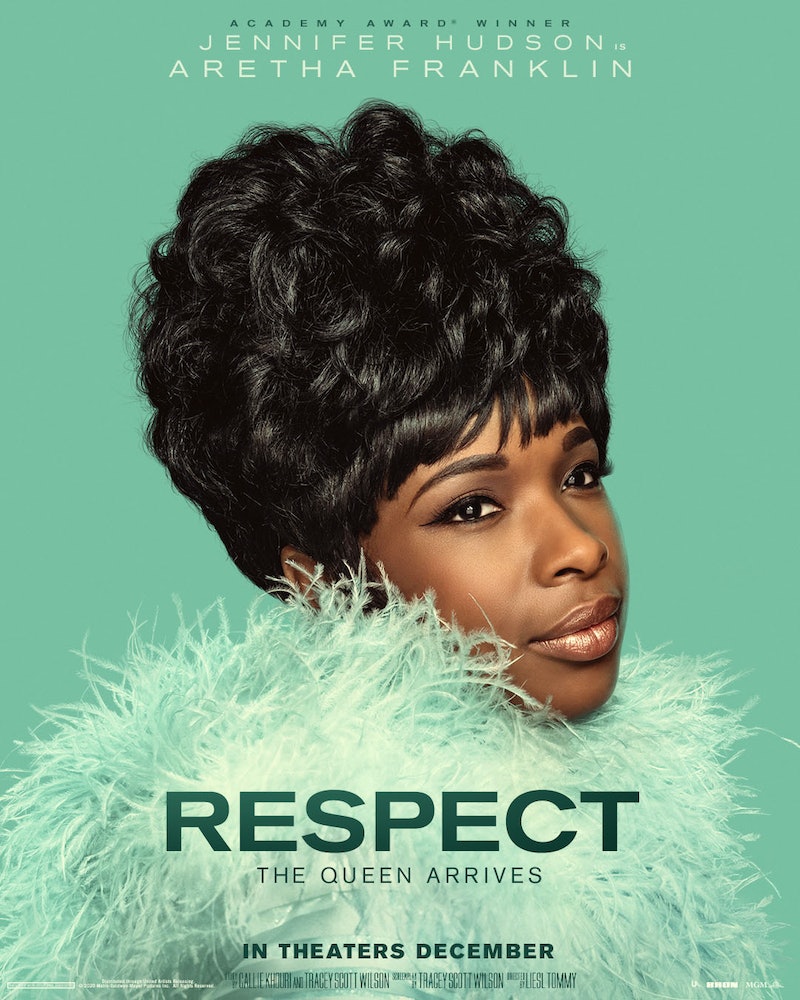 Jennifer Hudson is finding out what R-E-S-P-E-C-T means to her — and it might just mean a second Oscar. The Respect trailer sees Jennifer Hudson transform into Aretha Franklin for the highly anticipated biopic on the Queen of Soul's life. The new trailer debuted during the virtual BET Awards on Sunday, June 28, after Hudson took the stage (at home) to perform a moving rendition of Franklin's "Young, Gifted and Black."

Respect follows Franklin's journey from a young child singing in her father's choir, afraid of letting her own voice and thoughts shine through, into a bonafide international superstar, whose loud and proud voice is heard around the world — and in record label offices. "Call me Miss Franklin," Hudson tells a condescending executive who asks her if she can talk and sing (the audacity) in the trailer.

Franklin herself approved of Respect and was involved in production of the biopic until 2018, when she died of pancreatic cancer. The legendary singer even hand-picked Hudson to tell her story after seeing her in a Broadway production of The Color Purple, something which the Oscar winner said she was "still in shock" about.

"She's an iconic figure that we all love and respect and admire," Hudson said about her casting in December on The Kelly Clarkson Show. "She called me and she was like, 'I made my decision and it is you I want to play me. But don't you tell anyone'... 'Ma'am, I won't say a thing. I'll do whatever you tell me to do.'"

Respect was meant to be released in theaters in mid-August, but due to the coronavirus pandemic, the film will now show in select theaters on Christmas Day before expanding to a full wide release on Jan. 15, 2021.