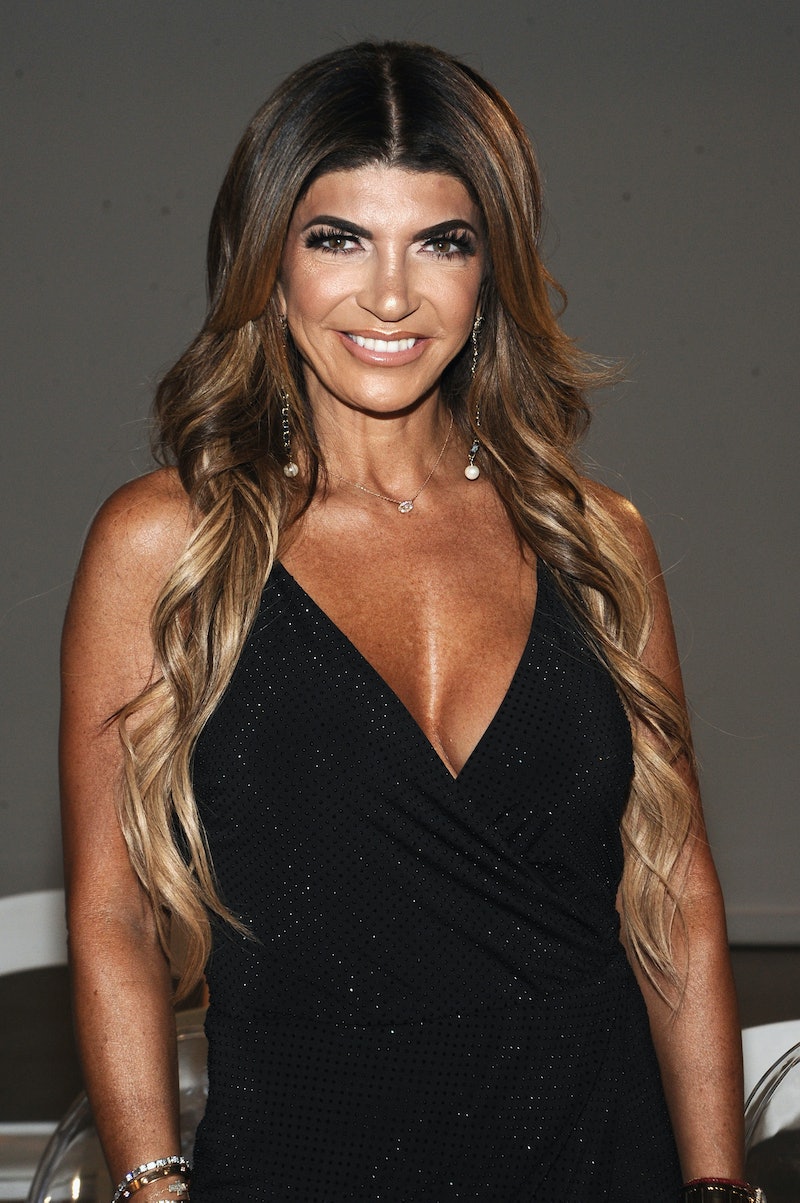 A look at Real Housewives of New Jersey Season 10 has finally dropped and it previews a lot of drama ahead. There was yelling, hair pulling, glass smashing, and more shown. The RHONJ Season 10 trailer shows Teresa Giudice facing cheating rumors and accusations from her fellow Housewives. In the trailer, shared by Us Weekly, Margaret Josephs tells Teresa's sister-in-law Melissa Gorga, "Teresa is cocktail-ing it up all night with some young guy." In another moment from the season shown in the trailer, Teresa yelled at Margaret, "You said I was cheating. That's f*cked up." It seems that Teresa has lost that post-prison zen that viewers have seen from her in the past three seasons.

Margaret isn't the only one that seems to have an issue with Teresa's apparent behavior though. At a different point in the trailer, Melissa said to Jennifer Aydin, "Teresa, she's out of f*cking control. It's embarrassing." And, of course, Teresa found out about that and confronted her sister-in-law in a subsequent scene, asking "I'm an embarrassment!?" at an escalating volume.

While it is actually the first time that Teresa has faced these infidelity accusations on the show itself, the rumors have made headlines in between seasons. On Feb. 16, Us Weekly shared photos of Teresa holding hands with a 26-year-old man named Blake Schreck in Miami, Florida. The magazine reported that the man is a realtor who resides in New Jersey.

Even though both Teresa and Blake live in the Garden State, a source told Page Six that Teresa "absolutely did not fly with him" to Miami. On Feb. 20, the Giudice family attorney James Leonard Jr. also told Page Six, "This is a story about someone helping a woman who had some wine and was wearing high heels to her car. That’s what you see in those pictures. There is no cheating, no divorce, no scandal and no story."

Teresa's husband Joe Giudice is currently in a ICE detention center located in Pennsylvania. He has been there since he finished his 41-month prison stint in March. Joe served time for wire, bank, and mail fraud. He is waiting on the judge's ruling about his potential deportation to Italy, his native country. Joe has lived in the United States since he was child, but he never filed the paperwork to obtain his citizenship. Meanwhile, Teresa lives in New Jersey with their four daughters Gia, Gabriella, Milania, and Audriana. With occasional visits to Miami.

Teresa and Blake were in Miami on Dec. 31, 2018 celebrating New Year's Eve together. An inside source told Us Weekly, "Teresa had her hands on his leg. At points, the two had their hands intertwined, and then the man was rubbing her leg in a romantic way." In response, Teresa's lawyer told the publication, "Teresa was out celebrating New Year’s Eve with a large group of men and women while she was in Miami. They are all friends and have all known each other for a significant period of time. It’s a night out with friends, nothing more than that."

While Teresa's lawyer spoke on her behalf to media publications, it looks like Teresa will have to face the cheating allegations head on during Real Housewives of New Jersey Season 10.