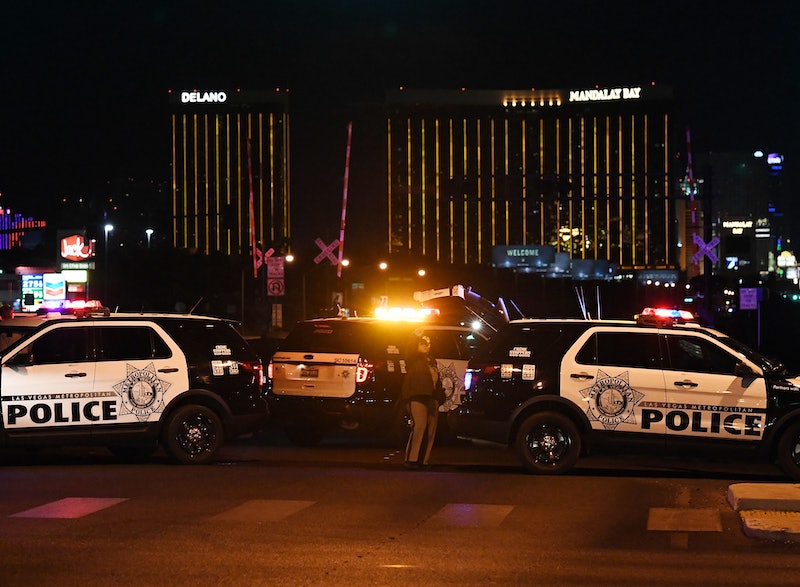 The nation awoke Monday morning to news that a Las Vegas Strip country music festival had become the site of a massacre. During the closing act of a three-day festival called the Route 91 Harvest Festival, a man shot at random from the window of a nearby hotel with machine guns, killing more than 50 people and wounding more than 400. Until Sunday night, the deadliest mass shooting in U.S. history had been the Pulse, Orlando nightclub shooting just 18 months ago. The right response to Las Vegas' enormous loss is to push for meaningful gun reform, just as advocates and activists did without pause in the wake of Pulse, Sandy Hook, and more — and now must do again.

Frequently brought up by gun control activists is the argument that if meaningful gun control were possible, it would have happened after Sandy Hook. Following the shooting deaths of 26 elementary schoolers and their teachers, a coalition led by then-president Obama, the families of the victims, and gun control activists fought for common-sense gun reforms to come out of the massacre. Republicans in Congress voted down the measure, which led to one of Obama's most furious speeches in office, in which he called the move "a pretty shameful day for Washington."

This line of thinking may not be inaccurate, but it does deflate the efforts of gun control activists before they've even begun. To suggest that meaningful gun reform is impossible is to give up on it being possible before it's even begun. Yes, the defeat of Obama's gun control efforts post-Sandy Hook was an enormous obstacle, and, yes, the odds are against meaningful gun reform being enacted with a Republican president and Republican-controlled Congress, but this kind of change can only be achieved if activists fight for it in spite of all of the above.

The power of protest during Trump's presidency, and even long before it began, can't be underestimated. The Women's March and its efforts since January have changed how we perceive resistance, and Trump's efforts to sabotage transgender people from serving their country and residents of Muslim-majority countries from traveling to the United States have been met by fierce opposition at the legal, social, economic, international, and political levels. In addition, every single Republican-sponsored iteration of legislation to "replace and repeal" Obamacare has failed.

The lack of legislative change after the last several shootings that replaced others as the most deadly in the United States — most recently, Pulse, and now Las Vegas — can feel overwhelming. Don't let how incomprehensible this tragedy seems, and how impossible gun reform might feel, stop you from making a concerted effort to demand better from your government.

Call your representative. (You can find out how to here.) Call your senator. (Here's how.) Be vocal on social media. Find a gun control protest near you, and go. Educate yourself on politics at your local level, and work to support candidates who are advancing your beliefs. Donate to organizations fighting for gun reform — Everytown For Gun Safety, the Brady Campaign, the Coalition To Stop Gun Violence. Sign petitions. If you don't, who will?