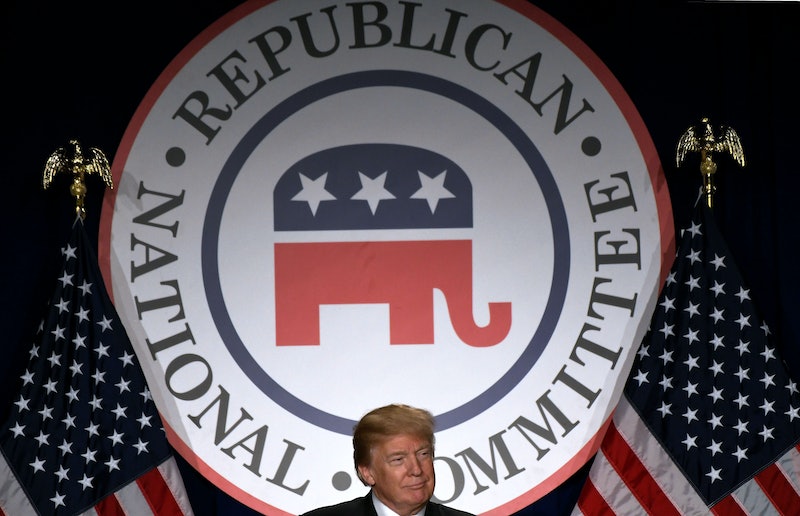 What's even more surprising than the fact that this happened at all is that there seems to be a pretty reasonable explanation for how this movie-plot-moment happened.

According to The Capital Gazette, which first reported this story, Maryland Republican officials explained that they'd switched to their new handle without telling the national committee. According to Patrick O'Keefe, the executive director of the Maryland Republican Party, a request was made to Twitter to freeze the handle so that a situation exactly like this wouldn't happen.

Twitter has not yet issued a statement in response to the porn-linking debacle, or to the assertions by O'Keefe that there was an official request to freeze the handle.

Despite the fact that users have allegedly been tweeting at and interacting with this account, Maryland Republican Party Chairman Dick Haire said that he wasn't too concerned about any of it. To The Hill, he said, “Like virtually all Americans, I don’t go on Twitter.” He reportedly added that Twitter is only really used by members of the media and professional athletes, and, “We use Facebook much more than Twitter.”

As you can imagine, Twitter users had plenty to say about the RNC's porn-linking debacle. One user tweeted, "Who put @tedcruz in charge of social media at the RNC?"

Another user tweeted, "This has 'Family Values' written all over it! Looks like some Republicans have been viewing pornography whether they intended to or not!"

Another user quipped, "The good side story is no one clicked the link for months to even discover the problem."

Though it's possible that he's noticed this story on his own Twitter feed, Donald Trump has yet to acknowledge the RNC's mistake.