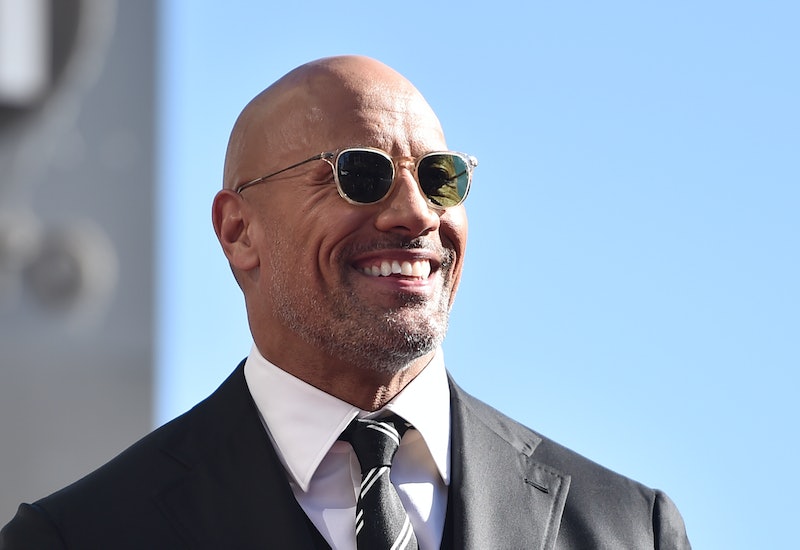 When it comes to interviews, the Rock is the last celebrity you want to misquote. On Friday, Jan. 11, Dwayne Johnson set the record straight over reports of an interview with him, in which he insulted millennials, sharing an Instagram video in which he claimed that the story by the U.K. tabloid The Daily Star that went viral was "100% fabricated."

The former wrestler was quoted by the British paper as describing millennials as "Generation Snowflake," saying, "I don’t have to agree with what somebody thinks, who they vote for, what they voted for, what they think, but I will back their right to say or believe it." The quote, which was picked up by outlets like TMZ also cited Johnson as saying, "So many good people fought for freedom and equality — but this generation are looking for a reason to be offended." (The article appears to have since been taken down.)

However, after the quote went viral, the actor posted a video on his Instagram account declaring that the interview was "fake," and explaining in the caption that, "If I ever had an issue with someone, a group, community or a generation — I’d seek them out, create dialogue and do my best to understand them. Criticizing ain’t my style."

"I can't believe I have to do this again and set the record straight on something, but I'm happy to do it," Johnson began his Instagram video, explaining that the interview in question, "never took place, never happened, I never said any of those words, completely untrue, 100% fabricated. I was quite baffled when I woke up this morning."

He continued, "It’s not a real 'DJ' interview if I’m ever insulting a group, a generation, or anyone because that’s not me, that’s not who I am, and that’s not what we do." He concluded his message to fans by explaining, "I encourage empathy, I encourage growth, but most importantly, I encourage everybody to be exactly who they want to be."

And, in true Johnson fashion, he also announced that he had just started the "Tequila Generation," and encouraged his fans to join that group, joking that "That's a good one."

Back in May, the Rock made headlines for calling out DJ Khaled on Twitter after his comments about refusing to perform oral sex on his wife went viral. After the musician was quoted as saying that "there are different rules for men," Johnson took to social media to fire back at Khaled's comments.

"Ahem.. *clears throat*" he wrote, "as a man, I take great pride in mastering ALL performances. This is probably a little TMI.. I will now quietly excuse myself from this fun thread."

But while that's the closest he's come to criticizing someone's comments, for the most part, Johnson has spoken about how important it is to him to appeal to all audiences and entertain everyone. "Whenever we test my films, I always want the fans to feel empower [sic] to help me make the movie better, because in the end, whether it's a Jumanji, a Rampage, or Skyscraper, the most important thing is sending the people home happy," he captioned an Instagram post in March.

Explaining the way that his background as a wrestler had influenced the career choices that he makes, Johnson continued, "The number-one goal in all those towns, from Paducah, Kentucky, to Bakersfield, California, was always take care of the audience. You find that today in anything I do. Never send an audience home unhappy."

Clearly, Johnson's desire to entertain and appeal to as many people as possible has helped make him one of the highest-paid and most exciting actors in Hollywood — so don't expect him to insult his audiences any time soon.