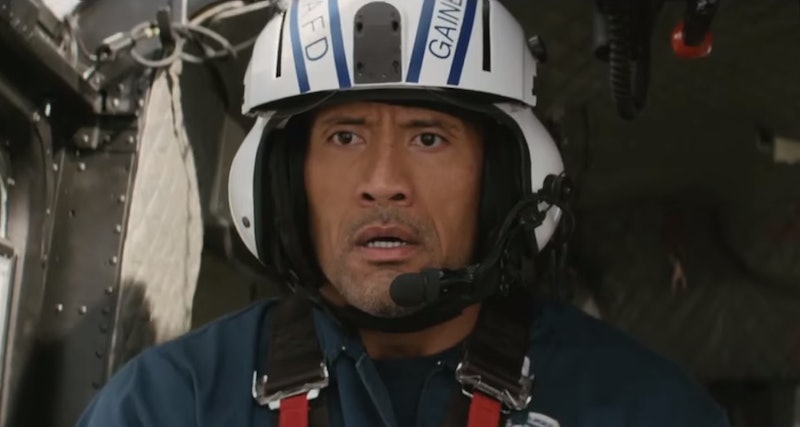 Action movies get a bad rap. They're often panned by critics, and dismissed as popcorn fare, but it seems every now and then, one can save a life. This was the case for 10-year-old Jacob O'Connor, who saved his brother's life thanks to San Andreas, as reported by The Washington Post. The Rock's blockbuster disaster film features a tsunami, earthquakes, and all manner of devastation, but it also features a scene where the actor gives CPR to his onscreen daughter. This is the scene that popped into Jacob's mind when he found his 2-year-old brother Dylan face down in the family pool.

Jacob told The Washington Post, "The movie just popped up in my head and I started thinking about that scene. And that's when I started doing the compressions." Thanks to Jacob's quick-thinking, his little brother is now fully recovered a month after the ordeal. Now Jacob is being hailed as a real life hero in the media, and by The Rock himself.

"This story grabbed my heart. 10yr Jacob O'Connor found his little 2yr old brother, Dylan laying facedown in their pool. He pulled his little brother out and started CPR & chest compressions. He saved little Dylan's life. Jacob said he learned how to do this by watching me in his favorite movie, SAN ANDREAS. I'm so amazed and impressed by this little 10yr old boy's heroic actions and calm instincts in the middle of that kind of emergency distress. I now need to shake young Jacob's hand..."

In a second post, The Rock confirmed that he's getting in touch with the family to make plans to the fly them out to Vancouver, where he's filming Skyscraper, for a meet and greet. Watch him extend the invitation in the video below.

While San Andreas only earned a 49 percent rating on Rotten Tomatoes, it clearly made a big impression on at least one little boy. Jacob and Dylan's story is a reminder of the power of movies. It's so easy to get caught up in reviews and critical takes, but movies touch people's lives in different and unexpected ways.

Because of his love for San Andreas, Jacob was able to channel one of his favorite movie stars in a moment of crisis, and his actions made all the difference for his brother. For Jacob's family, San Andreas will likely always be a treasured classic, no matter what anyone else thinks about the big budget action flick.