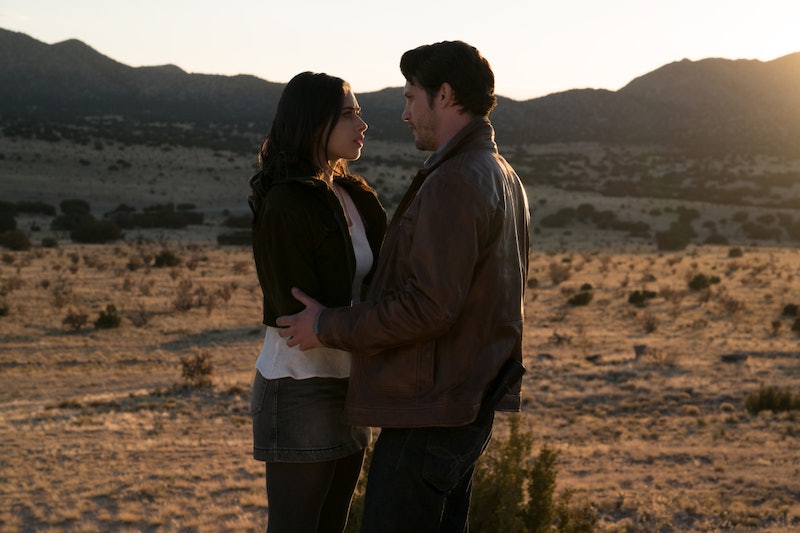 The CW's Roswell reboot may not feature any of the original's show's cast, but there are still plenty of familiar faces on the roster. The Roswell, New Mexico cast is not only a Bunheads reunion — it includes many CW actors teaming up to bring you a new, juicy romantic adventure. Honesty, no matter what your CW jam is, odds are your go-to show is represented in this cast.

Here's the official description of the series from the network:

"More than maybe anywhere else on Earth, Roswell, New Mexico is ground zero for those who seek proof that aliens exist. Roswell native Liz Ortecho left it all behind 10 years ago after the death of her beloved older sister Rosa. But after the government cuts funding on her biomedical research, she reluctantly returns to her tourist-trap hometown to move back in with her father. When Liz arrives, she reconnects with Max Evans, her teenage crush, who is now a Roswell police officer. Their chemistry is instantly electric. But Liz soon discovers a shocking truth: Max is an alien who has kept his unearthly abilities hidden his entire life, along with those of his otherworldly sister, Isobel, and their friend Michael."

That's already a lot of characters and drama to keep track of, and the first episode hasn't even aired! There's also Liz's best friend, Maria, and her ex-boyfriend Kyle. And yet important relationship is between Alex Manes, who, according to the official description, "recently returned from service overseas with emotional and physical injuries," and his father Master Sergeant Jesse Manes, who is "spearheading a long-standing government conspiracy."

To help you get everything straight, here's a breakdown of who's who — and where you've seen them before.

You know the show's star from Grey's Anatomy, Bunheads, and short-lived ABC series Of Kings and Prophets. Her character's sister, who so far only appears in flashbacks, is played by Legion's Amber Midthunder.

Also a Bunheads alum, you may know Parsons best as Jackson from The Originals. He was also on True Blood, General Hospital, and Once Upon A Time.

Cowles is best known for the political alien comedy BrainDead.

Vlamis has appeared in a handful of shows, but is perhaps most recognized for sketch comedy series Vlamcarter.

Liz's best friend is played by Alice from Hellcats, another CW classic.

Did you seriously think that Pretty Little Liars was not going to be included in this YA lovefest? Blackburn, of course, played Caleb on the Freeform show, and later its spinoff, Ravenswood.

Finally, we've got a Vampire Diaries favorite to round out this all-star crew. Trevino played Tyler on that series.

Also in the cast are Trevor St. John (Containment, One Life To Live), who plays Sergeant Manes, as well as Karan Oberoi from Counterpart, who plays Isobel's husband Noah Bracken.