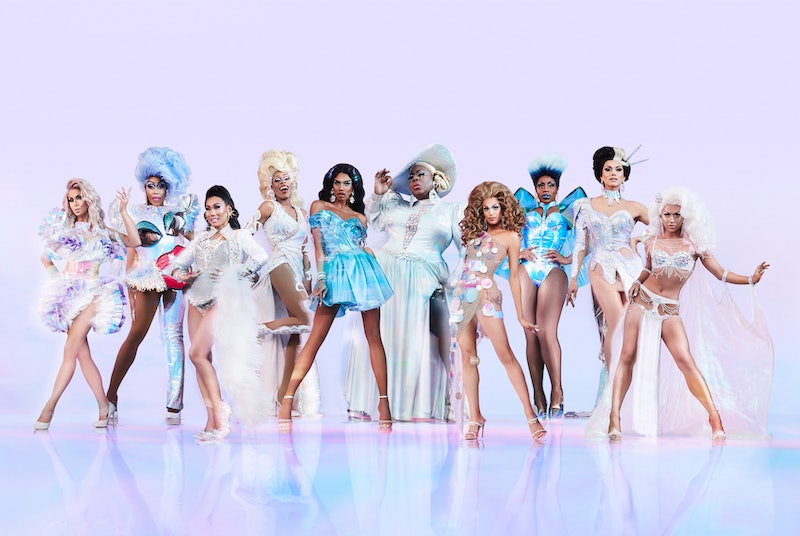 There's a new court of queens vying to sashay their way into the Hall of Fame. The RuPaul's Drag Race: All-Stars 4 cast, announced by VH1 on Friday, Nov. 9, will bring the return of some of your favorite — and most notorious — past performers. (Entertainment Weekly also posted the exclusive first-look of the contestants earlier the same day.) The Emmy-winning reality series — which will debut its fourth All-Stars season of fierceness on Friday, Dec. 14 at 8 p.m. ET/PT — is returning with "supersized, 90-minute episodes and more stunning fashions, killer lip-syncs, and jaw-dropping twists than ever before," per VH1's press release.

“The fourth season of RuPaul’s Drag Race All Stars is going to blow. your. mother. tucking. mind.,” the series Emmy-winning host and executive producer RuPaul, said in a statement via VH1. “Satisfaction guaranteed or your henny back.”

For fans who can't quite wait that long, Ru has a special gift (that you won't have to worry about returning later): VH1 will air a true Christmas pageant, RuPaul's Drag Race' Holi-slay Spectacular, on Friday, Dec. 7 at 8 p.m. ET/PT — a whole week before the All-Stars 4 premiere. The hour-long special will feature past fan favorites — Eureka O’Hara, Jasmine Masters, Kim Chi, Latrice Royale, Mayhem Miller, Shangela, Sonique, and Trixie Mattel — all competing for the title of America’s first “Drag Race Xmas Queen."

Until then, meet the fierce queens ready to slay All Stars 4: