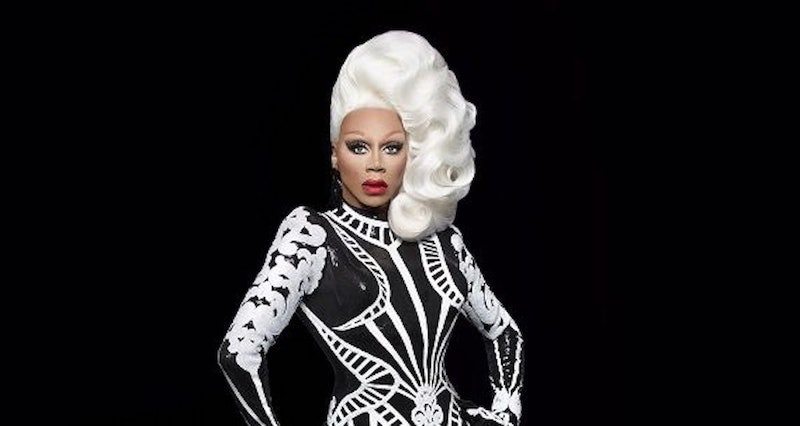 Halloween is over, now it's time to Ru the halls. This year, RuPaul's Drag Race is putting out a holiday TV special. To be more specific, it will be the Drag Race Holi-Slay Spectacular that will reunite a few of your favorite queens. This holiday season they'll be competing to be crowned the first Drag Race Xmas Queen so you know they're gonna werk just like Santa's little elves.

No surprise, the contestants will be lip syncing to RuPaul's holiday classics off 2015's Slay Belles and their recently released album, Christmas Party. Sitting at the judge's table will be Michelle Visage, Ross Mathews, Carson Kressley, and Todrick Hall who will be making their list and checking it twice to decide who will get the crown and not coal in their stockings.

Things are going to get competitive. So much so that Shangela is preparing for this to be a real Game Of Thrones situation. "Winter is coming," the first four-time Drag Race participant, who just appeared in A Star Is Born, tweeted after news of the spectacular broke. All anyone should want this Christmas is for Shangela to break out the Mariah Carey for a fa-la-la-la-lawless performance.

This may be the first Drag Race holiday specular, but RuPaul's is hoping it won't be the last. In their opinion, there's no better way to celebrate the holidays. “Nothing says Christmas like ‘Chestnuts roasting on an open fire, and drag queens slipping on their pantyhose,'” RuPaul said in a statement about the special. “Celebrating the holidays with my most festive girls inspired me to record my new album, Christmas Party."

And while fans can put Ru's "Christmas Queen" on repeat all season long, the show's namesake wanted to give fans another little present this winter. RuPaul said "this VH1 holiday extravaganza is my way of saying thank you to my Drag Race family by spreading a little bit of love, laughter and light across the country and around the world.”

It's also the rematch between Trixie Mattel and Shangela, who was one of the frontrunners in the last All-Stars series until they weren't allowed to compete in the final lip-synch. While some weren't so happy to see Trixie win it all, they told Bustle back in March that the title was theirs fair and square.

“I didn’t come into anyone’s house at night and steal a crown like, you know, Mission Impossible style," Trixie Mattel said. "Drag Race is a fierce competition, but it’s also partially a game show. There’s a certain roulette feel to some parts of it, you never know what’s going to happen, day to day." It's why fans need to grab a glass of egg nog and ho-ho-hope the best winter queen will win.