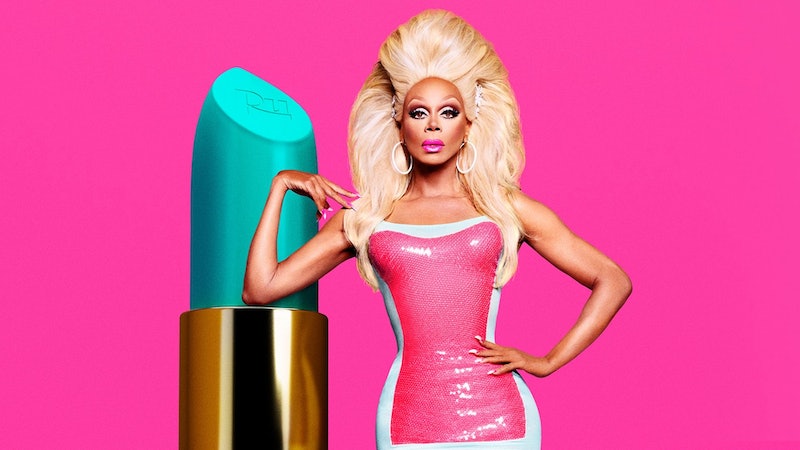 As the debut of RuPaul's Drag Race UK draws ever closer, anticipation for the new series has gone into overdrive. Over the past few months show bosses have teased an impressive line-up of celebrity guests, and confirmed that Drag Race veterans, RuPaul and Michelle Visage, will both be at the helm of the show's first ever UK edition. Fans of the original U.S. version will also be looking forward to the British take on the show's best-loved segments, including the legendary Snatch Game. But who will be appearing on this iconic Drag Race challenge? Well, the RuPaul's Drag Race UK Snatch Game judges have been revealed, and fans are not going to be disappointed.

As reported by Digital Spy, the hilarious impersonation challenge, which has been a staple segment of the groundbreaking series over in the U.S., will welcome two very special guest judges in the form of Strictly Come Dancing winner Stacey Dooley, and daytime TV legend Lorraine Kelly. Iconic.

The exciting news was first revealed in a post on the show's official Twitter account. It read, "Oh you thought we were done spilling the tea? Well, we're not! @StaceyDooley and @reallorraine will be making guest appearances on the iconic SNATCH GAME. @BBCThree's #DragRaceUK will be on iPlayer this autumn."

If you're unfamiliar with the famous Snatch Game, the Drag Race challenge works as a parody of the U.S. show Match Game, which is better known as Blankety Blank here in the UK. During the challenge the competing drag queens are required to answer a series of questions whilst impersonating a well-known figure. According to the Radio Times, Dooley and Kelly have already completed filming of the RuPaul's Drag Race UK segment, and when describing her time on the show, Strictly star Dooley said, "I had the most incredible time. They were magic all of them. So impressive. It was brilliant." The host of ITV's Lorraine also spoke about the "hilarious" experience of filming with the Drag Race UK cast. She said, "It was hilarious! I had such good fun. I am in awe of every single one of the queens."

Kelly and Dooley aren't the only big names attached to the upcoming series, because as reported by the BBC, the award-winning singer-songwriter MNEK, and brothers AJ and Curtis Pritchard — who are known for their appearances on Strictly Come Dancing and Love Island, respectively — will all be appearing as official Drag Race UK coaches.

Curtis, who recently finished fourth in Love Island 2019 alongside Maura Higgins, revealed that he couldn't wait to work with brother AJ during the first series of RuPaul's Drag Race UK. Speaking to the BBC, he said, "I jump at the chance of working with my brother anytime anything together comes up, so doing that and being asked to be part of something so iconic was a yes from me!"

The UK version of RuPaul's Drag Race is set to debut in Autumn this year, and I'm very much looking forward to seeing what our British queens have to offer.