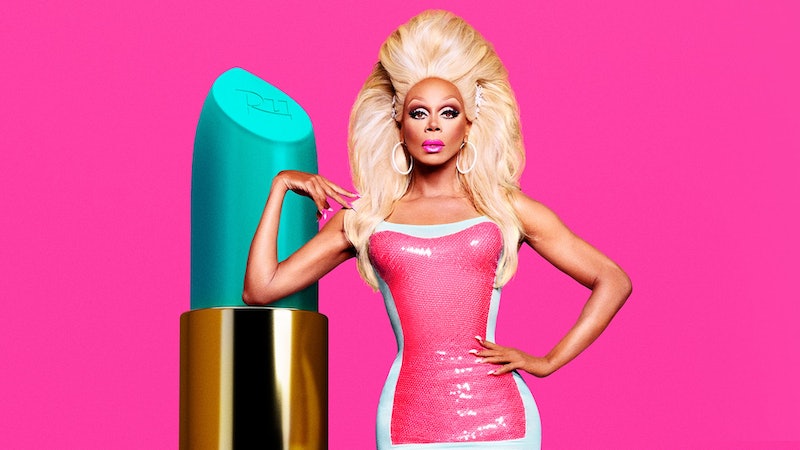 Start your engines, because the 11th season of Ru Paul’s Drag Race is about to get going. The new series will once again see mother Ru oversee the most fabulous competition on television, which will play host to an incredible lineup of queens who will battle it out to be crowned America's next drag superstar. With all the excitement surrounding the new season, you may have forgotten that a UK edition of the hit show is right around the corner. But when does the British Ru Paul’s Drag Race start?

Update: It has been announced that Ru Paul’s Drag Race UK will start on Oct. 3 2019.

Previously: Those waiting for Drag Race UK to strut onto our TV screens might be disappointed to learn that no official start date has been revealed yet. I have reached out to a representative of the show for comment, and once I have any more information I'll update you right away. However, according to The Sun, the brand new series will consist of eight episodes when it debuts on BBC Three, so fans have a lot of work room action to look forward to.

And it appears the BBC are just as excited about the upcoming series as dedicated fans. Discussing the broadcaster's plans for the UK version, a source told The Sun's Bizarre column, "This is a massive coup for the Beeb as lots of other UK channels wanted this show. It will follow the exact same format as the American version with British twists and some famous guests. It will be filmed in London and casting directors will be searching for the best drag artists Britain has to offer — there'll be a huge budget for costumes and production and bosses are hoping that a star is born."

Other major news surrounding Ru Paul's Drag Race UK came when it was confirmed that two of Britain's best loved TV personalities, Graham Norton and Alan Carr, will be joining the judging panel of the series alongside veteran U.S. judges, RuPaul and Michelle Visage. As the BBC reports, this isn't the first time Norton has appeared on the franchise, having previously worked on RuPaul’s Drag Race: All Stars 2 as a guest judge back in 2016. Although brand new to the show, Carr is a long-time fan of the groundbreaking series, and as previously reported by Bustle, the 42 year-old comedian discussed the possibility of a UK Drag Race back in 2015, during an interview with RuPaul on his chat show, Alan Carr Chatty Man.

Carr and Norton will appear on the series as rotating resident judges alongside Ru and Visage. However, for the grand finale, both star judges will be in attendance to help crown the UK's first ever Drag Race winner. Additionally, a different celebrity guests judge will take a seat on the panel in every episode. Norton has previously expressed his joy at being part of the new series. He said, "Becoming part of the drag race family makes me ridiculously happy! I can’t wait to see what the UK drag queens bring to the party, but they better weeeeerk!!!"

And co-panelist Carr appears to be just as excited about the new gig. In a Twitter post, he said "Wow! To be sat next to Michelle Visage and Mama Ru as a guest judge on possibly one of my all-time favourite shows EVER is a dream come true. I can’t wait to see what the UK Queens have got in store — it’s going to be sickening!"

Although fans are scarce on details at the minute, the judging lineup alone is enough to drum up some serious excitement. And I cannot wait for RuPaul's Drag Race UK to make its fabulous debut later in the year.

More like this
15 Piping Hot Behind-The-Scenes Secrets From 'Great British Bake Off'
By Emily Dixon and Darshita Goyal
What Exactly Is The Bish & Chips Show?
By Frances Stewart
How To Get Tickets To 'Strictly Come Dancing's Live Tour
By Sophie McEvoy
Only 3 'Married At First Sight UK' Couples Are Still Together
By Bustle UK
Get The Very Best Of Bustle/UK