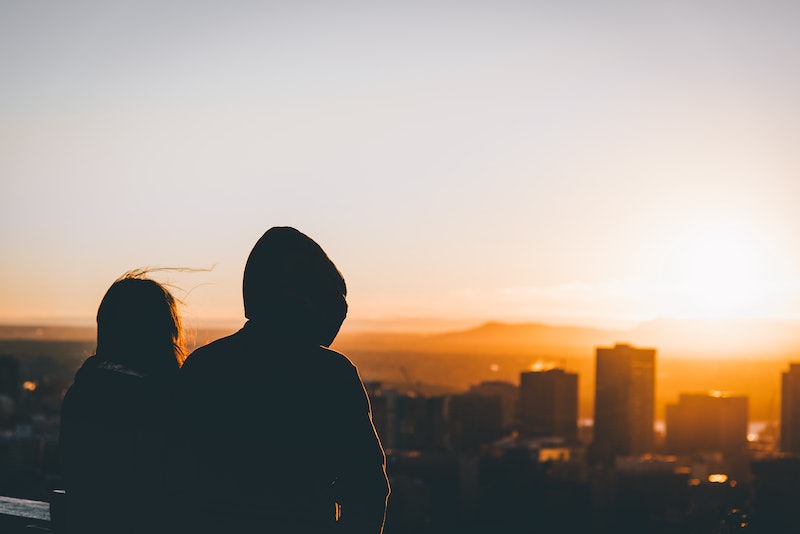 Do you remember the first time you realized someone was lying to you? The reasons behind why people lie can run the gamut from saving face to not wanting to hurt your feelings to personal gain. But, there's also a real science behind why people lie, and a difference in the types of lies people tell, either in an effort to save face, protect loved one, or serve their own desires and/or wishes.

No one likes being lied to, and most people don't consider themselves liars. However, lying has become so prevalent in our culture that psychologists and scientists are exploring what motivates people to lie, and have identified two types of lies, and the motivations behind them.

According to Psychology Today, these two types of lies are self-serving lies and kind-hearted lies, and each serves their own purpose to the person telling them — the former, for instance, is meant to help the person telling the lie look better than they may feel they actually are, and the latter, on the other hand, is meant to protect someone else's feelings in a genuine manner, despite the fact that it's being done through telling a lie.

Here's what the research behind these lies discovered:

Psychology Today noted two types of lies, the first being self serving. A self serving lie is told to save face, make yourself seem better or more successful than you actually are, or to advance you in a particular way — like at work. Alternative facts, anyone?

National Geographic 's June cover story reported that self-serving lying is more common than you think. The magazine examined a study by Bella DePaulo, a social psychologist at the University of California, Santa Barbara, where 147 adults were asked to document every instance they tried to mislead someone over the period of one week.

Researchers discovered that the subjects lied on average one or two times a day. Most of these untruths were intended to mask inadequacies or to protect the feelings of others; and some lies were excuses.

"Yet other lies — such as a claim of being a diplomat’s son — were aimed at presenting a false image," National Geographic noted. "A later study by DePaulo and other colleagues involving a similar sample indicated that most people have, at some point, told one or more 'serious lies' — hiding an affair from a spouse, for example, or making false claims on a college application."

Researchers surmised that lying is as old as language, and was favored over physical violence as a means of gaining control over others.

"Lying is so easy compared to other ways of gaining power,” Sissela Bok, an ethicist at Harvard University told National Geographic. “It’s much easier to lie in order to get somebody’s money or wealth than to hit them over the head or rob a bank.”

Have you ever told someone you liked their outfit in order to spare their feelings when really thought the get up was hideous? This is called a kind-hearted lie, and they're often told to spare someone's feelings.

Psychology Today noted that kind-hearted lies are most likely to be exchanged between women, and are "told with the intent of making another person look better or feel better, or to spare them from embarrassment, punishment, or blame, or from getting their feelings hurt."

Pretty much everyone has told a kind-hearted lie at least once in their lives. Personally, I am more likely to do it with people I don't know very well. With those closest to me, I am pretty direct if they ask me for my opinion. For example if my best friend asks, "What do you think of this outfit?" If I truly think the outfit is bad I will be honest and perhaps say, "I think it makes you look like a soccer mom." I would not give the same response to a stranger.

Kind-hearted lies are so common that DePaulo wrote a book about it, and When the Truth Hurts: Lying to Be Kind explores navigating good intentions coupled with deception.

How To Tell When Someone is Lying

Do you think you can tell when someone is lying to you? Most people can't. "Lying, it turns out, is something that most of us are very adept at," National Geographic explained.

"We lie with ease, in ways big and small, to strangers, co-workers, friends, and loved ones. Our capacity for dishonesty is as fundamental to us as our need to trust others, which ironically makes us terrible at detecting lies. Being deceitful is woven into our very fabric, so much so that it would be truthful to say that to lie is human."

Psychology Today suggested looking for these cues to tell whether someone is lying.

Unfortunately these techniques only work if you can actually see the person who you think might be lying to you. Social media has brought lying to a whole new level, and National Geographic noted that "Our ability as a society to separate truth from lies is under unprecedented threat."

What's more is that a study published in Nature Neuroscience found that lying activates the brain's reward center so people who lie on the regular are more likely to continue a pattern of deceit until they are caught. So now what? In the words of Fox Mulder, "The truth is out there," but, proceed with caution.