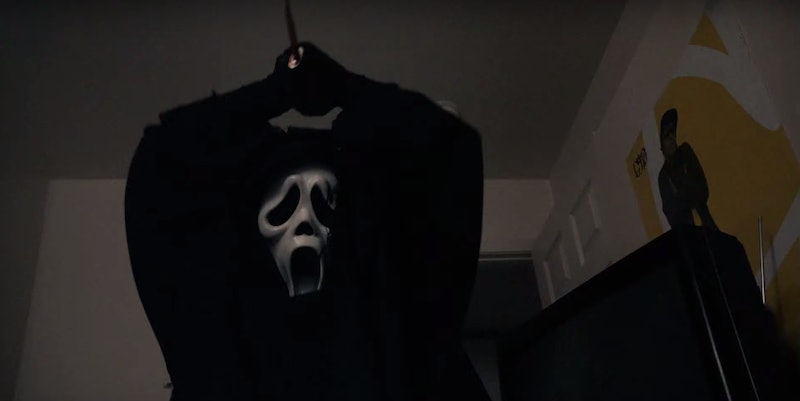 The second-to-last episode of Scream suggests that Jamal, Deion's half-brother, was the killer the entire time. However, audiences are treated to a fake-out when another Ghostface shows up and brutally injures Jamal. However, when Deion saves Jamal, he reveals that he actually is the real killer and that he was attacked by his former partner in murder. He then reveals his motive for the killings, echoing the motivation of the killers in the original Scream film.

At the end of the first Scream, main character Sidney Prescott learns that the killing pair behind the Ghostface identity is her own boyfriend, Billy, accompanied by his best friend, Stu. Billy, however, was the true mastermind of the two, formulating the killings as a way to get revenge on Sidney's mother for ruining his family.

A year prior to the events of Scream, Billy killed Sidney's mother for having an affair with his father, breaking his family apart. Stu, however, was mostly just along for the ride. Scream: Resurrection expands on the idea of the original by having two killers where neither is a sidekick, but merely helping each other act out their own fantasies.

Jamal wanted to get revenge on Marcus — that's right, Marcus — for letting Deion die. Jamal reveals that he may be the only person who knows that it was actually Deion who died in that salvage yard so many years ago. Marcus assumed Deion's identity, not knowing that Deion had met Jamal or that the twins even had a half-brother. He was responsible for the deaths of nearly everyone that wasn't in the Dead Fast club, to prove to Marcus that he was serious about killing and to get revenge for Marcus' death — which is why he killed the hook man. All the other deaths, however, are the proud creation of the Dead Fast Club's own horror expert, Beth.

Beth simply wanted to be in her own horror movie, so she created one. She killed her "friend" Shane, then Manny and Amir, and almost killed Liv and Deion/Marcus so that she could prove to be a better killer than the ones she grew up watching. All those questions about why the killer obsessed with Deion/Marcus' past would spend time killing Manny and Amir are finally explained by the fact that these two killers worked together but had very different motives.

Despite Beth's insistence that the killer is the real hero of every slasher movie, her death seems pretty final. Although Deion/Marcus gets a phone call from a hidden number at the end of the series, the fact that he ignores it suggests that he can actually focus on enjoying his life for a change instead of looking over his shoulder for someone trying to plunge a knife into his back.