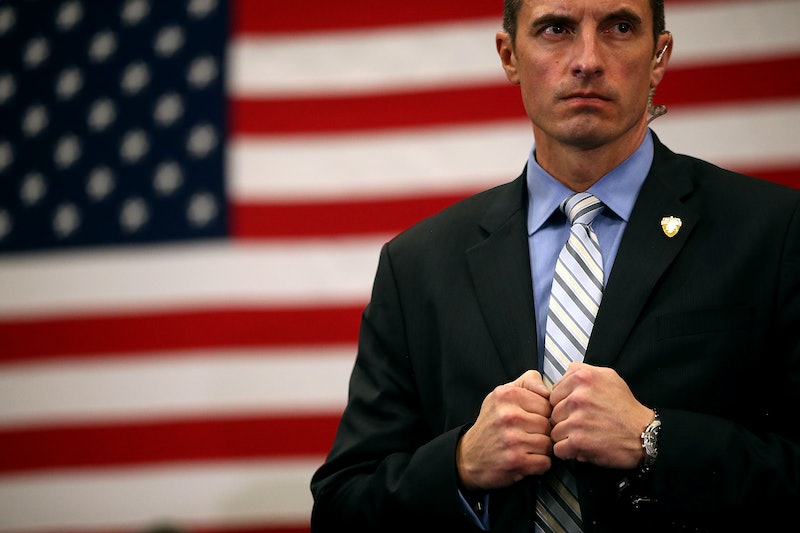 Marijuana is reforming American society on nearly every level, and it's finally making its debut in the upper echelons of government. The Secret Service is relaxing its policy on marijuana use for new hires, so past marijuana use is no longer an automatic disqualification factor. Newly appointed Secret Service director Randolph Alles announced the new policy at a press briefing last week, but the motivation and implementation for the new policy are both potentially problematic.

This more lenient policy might seem like a step forward for societal acceptance of marijuana, this new rule isn't as progressive as it could be, and may exclude one subset of exceptionally qualified applicants. According to Salon, the department's new policy uses an age stratified system to let younger potential hires have a little more fun in their spare time. Applicants younger than 24 have to prove that they haven't used marijuana in over a year, while applicants who are 28 or old have to have abstained for five years (it's unclear how applicants will prove these time limits, since marijuana will only show up on tests up to 90 days after heavy use).

The new policy allows some youthful indiscretion, but Alles didn't mention any exceptions for medical or legal recreational use during the press conference.

That means that military veterans may be unfairly and unnecessarily excluded from consideration if they use marijuana to treat PTSD symptoms. Weed has a long and empirically documented history of helping people with their anxiety (especially if they believe that it's going to help them with their anxiety). According to Army Times, there's a randomized clinical trial going on right now to find preliminary evidence of the effects of marijuana on veterans with PTSD, but anecdotally, even the Veterans Administration admits that the drug can decrease hyperarousal symptoms like insomnia, angry outbursts, and hypervigilance.

The reason behind the newly relaxed policy is also troubling, regardless of the caveats included. According to CNN, Director Alles wants to hire 3000 more Secret Service employees, in part because of the strain that Donald Trump is putting on the agency. "[Trump] has a larger family, that's just more stress on the organization. We recognize that," Alles said at his press briefing Thursday. The Secret Service currently employs around 7500 people, so this would be a huge increase in the agency's scope and overhead costs.

There's also fierce anti-marijuana advocate and attorney general of the United States Jeff Sessions to contend with. Sessions has publicly stated that "good people don't smoke marijuana," and is reportedly intending to use the Department of Justice to prosecute medical marijuana providers. The Secret Service operates under the Department of Homeland Security, so Sessions doesn't have the direct authority to overrule Alles, but he could openly challenge the new policy or work behind the scenes to get it rescinded.

This new policy doesn't allow the Secret Service to smoke weed, but it does give a little more leeway to potential applicants who have experimented with the drug before. That seems like a good thing for some of the country's most intense law enforcement officers, because everyone needs to cut loose sometimes.