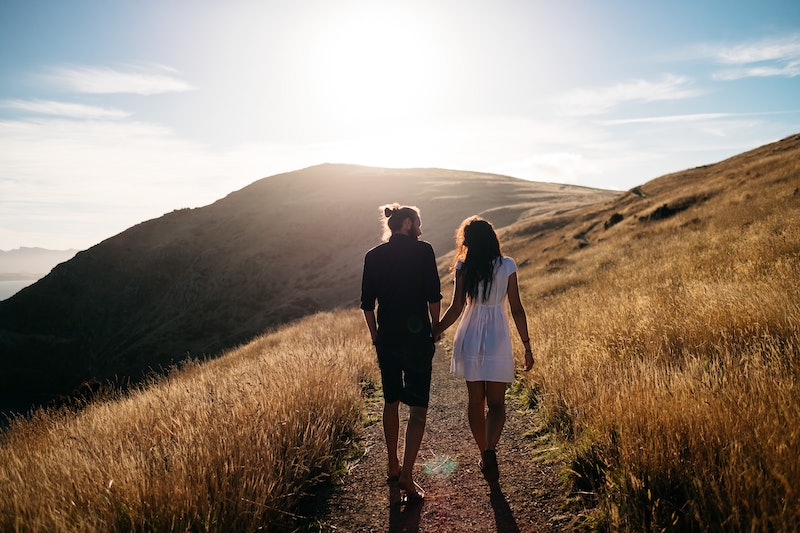 For many singles who are actively looking, first dates can feel like a necessary evil to finding "The One." You may go into a first date thinking, this should be easy, I'm just getting to know this person, no big deal. But once the date starts progressing and you realize that you kind of actually like this person, the anxiety over whether or not they like you enough to want to see you again can kick in. So what do you need to do on a first date in order to get a second one? According to new research published in the Journal of Personality and Social Psychology, asking questions is the key to landing a second date.

Researchers from the Harvard Business School conducted three studies to see how asking questions, which they call an "understudied conversational behavior," can play a role in likability. In other words, can asking questions make you more likable? They put together three speed-dating sessions where they analyzed the behaviors of 100 men and women who were told to get to know each other through four minute dates. Afterwards, participants were asked to state who they'd want to see again. All conversations were recorded, as well as how many questions were asked per date.

While it may seem like an obvious thing to do, researchers found that many people don't like asking a lot of questions because they're either unsure of what to ask or they're worried about coming off as rude. But showing genuine interest in someone can make them warm up to you and make them want to see you again. If you struggle with knowing what to ask, don't worry. Here are some questions dating coaches suggest: