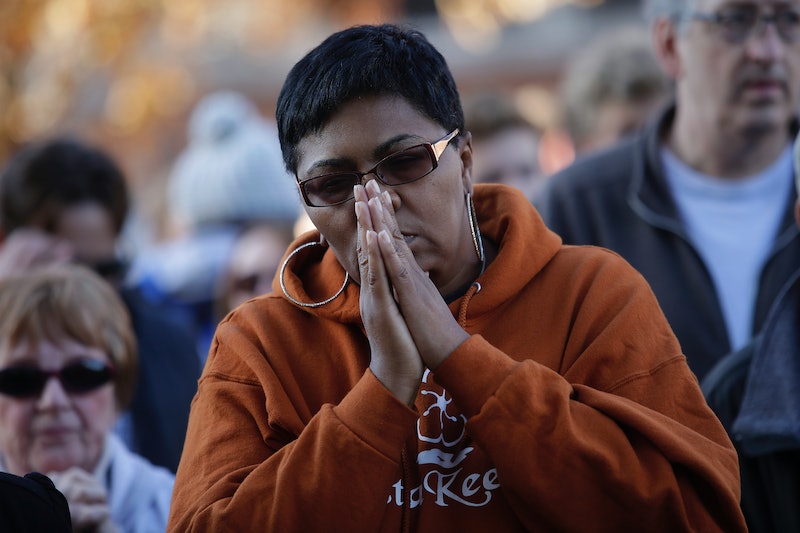 Tuesday's Senate vote to forge ahead on crafting legislation to repeal and replace Obamacare has gotten plenty opponents of the effort riled up for a reason that should concern all American women. While it's still unclear what the Republicans' health care bill will actually entail, women's health advocacy groups are certain that any bill the GOP puts forth will be bad for women.

The Senate voted 51-50 on Tuesday, with Vice President Mike Pence acting as the tie-breaking vote, to move forward on debating a bill to replace the Affordable Care Act. Based on what Republicans have proposed over the past few months, policy experts and advocates know that what's coming down the pipeline is bad news — especially for women.

"We're witnessing a Congress that seems absolutely determined to eviscerate one of the greatest advances in access to heath care in this country's history," Andrea Miller, president of the National Institute for Reproductive Health, tells Bustle. "Women truly gained significantly under the Affordable Care Act, and one of our greatest concerns is that they are poised to be the biggest losers if the Senate moves forward seeking to ... upend the Affordable Care Act."

The days before the ACA were a grim time for women trying to attain affordable health care coverage, Miller explains. The essential benefits that Obamacare mandated were life-changing because they required all plans to offer services like maternity care and no-copay birth control. Under the Senate's replacement bill, however, women stand to lose access to these services, as well as access to abortion care and vital preventative services.

Even though no one knows what the final bill will look like, Amy Friedrich-Karnik, senior federal policy adviser for the Center for Reproductive Rights, is already skeptical. She says that, so far, every version of the bill "has actually been very consistent when it comes to issues of women's health." Because she believes these bills have "been consistently awful," she's not optimistic about the fact the Senate voted to open debate on the matter.

But it's not just women who stand to suffer a big loss if Obamacare is repealed and, ultimately, replaced. Young people of color as well as low-income young people also have a lot on the line in these political proceedings.

"Young people access healthcare in a variety of ways right now," Abbey Marr, state policy adviser for Advocacy for Youth tells Bustle. "Preventive coverage is vital to young people to build healthy lives," she adds. "A lot of the bills being put forward or being talked about would really threaten that important health care access, whether it be through Medicaid or private insurance."

Policy experts say that the Affordable Care Act was revolutionary in granting unprecedented access to health care coverage for women. The reality of life without it is not such a distant memory, says Miller. But after experiencing life under the ACA, it's hard to go imagine going back to the days of pre-2010.

"We anticipate that it's very possible we'll be back in a place where women are again able to be charged more than men for their health coverage," Miller says. "And I think it's amazing to think how recent the horror stories were of ... the level of financial ruin and health harm, if not death, from inability to access care."

As the Senate debates different versions of the repeal and replace bill, women and young people can only hope that legislators take their best interests into consideration. Obamacare has become a lifeline for women, and if it's taken away, Congress will have to take the blame.