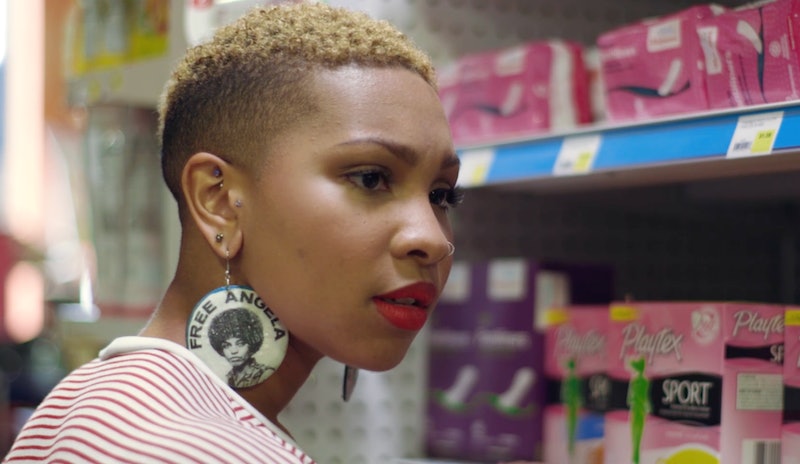 All around the world, independent film festivals exist to celebrate creatives' short and feature length film projects. That's all well and good, but at a time when TV is all anyone can talk about, festivals like Denver's SeriesFest, which celebrate episodic storytelling, are equally important. The winners of SeriesFest 2018 have just been announced, and their work will convince you that the golden age of television isn't coming to an end any time soon.

While the overall festival includes awards honoring traditional categories like Best Director and Best Writer for different genres, there are also specific categories meant to honor women in TV. Indiewire reports that the winners for Bustle Best Emerging Female Creator, for instance, is a series creator named Kincaid Walker, who made a show called "Hug It Out." Deja Harrell and C.J. Thomas also won the Bustle Best Emerging Female Creator(s) award for their web series "Seeds."

"Hug It Out" and "Seeds" couldn't be more different in terms of content, but that's actually perfect for a festival celebrating creatives. The two web series are both worth a watch, as they each explore various stages of life that many women will find relatable and seriously entertaining.

"Seeds," which Deja Harrell & C.J. Thomas created, follows four college-aged women named Jade, Maya, Beth, and Danielle. All you have to do is watch about 10 seconds of the trailer to realize that it's a laugh-out-loud comedy with jokes that you'll keep thinking about for days after first hearing them. Prime example: Maya (Kyra Jones) asks her friend Danielle (Adia Alli), "Tampax Pearl or Kotex Sleek?" to which Danielle responds, "I don't know, do I look like your pussy?" Maya takes a pause and looks at Danielle up and down, then responds, "Yes."

In an interview with the Chicago Tribune, Harrell and Thomas spoke about their inspiration for creating "Seeds," which speaks to a larger issue that Hollywood has with representation. "We rarely get to see women, like black women, in college or post-college and just having them deal with just life,” Thomas said. Harrell joined in, saying, "A lot of those stories, well they’re dramatized, but they’re true. And so these women ... I haven’t seen them, but I know them. I knew these young black women that I had never seen on television."

While "Seeds" takes a humorous approach to capturing young women trying to figure life out together, "Hug It Out" focuses on a much different stage of life: the post-divorce stage. Walker plays a woman named Gwen who, after getting a divorce, becomes a professional snuggler. It may not be quite as relatable as "Seeds," but it's just as funny, because Gwen finds herself facing friends' concerns about her career path with a Kimmy Schmidt-like persistent optimism.

Both of the web series are perfect examples of just how heartfelt and downright hilarious women-led entertainment can be. So many of the other projects honored at the festival, too, feature great female characters; just look at the winner of Best Dramatic Pilot, "Halfway There," which stars Blythe Danner as an alcoholic woman whose son runs the rehab center she attends.

Each of the pilots and web series honored at this year's SeriesFest features diverse perspectives — including that of Stephen Colletti, best known for Laguna Beach. Yes, Colletti won the Best Writer award for his comedy pilot "Everyone Is Doing Great." While you probably didn't see that coming, it's just an example of the fact that great art can come from anywhere and that it's always a great thing when festivals give talented artists a platform to share their work.

More like this
Idris Elba "Breaks Out" Of London In 'Luther' Film First Look
By Sam Ramsden
Here’s Everything Coming To & Leaving Netflix In December
By Jake Viswanath
Dodi Fayed Produced Movies Starring Robin Williams & Demi Moore After 'Chariots Of Fire'
By Brad Witter
The 'Love, Lizzo' Harry Styles Scene Is Just 1 Moment That Made Fans Feel Seen
By Brad Witter
Get Even More From Bustle — Sign Up For The Newsletter