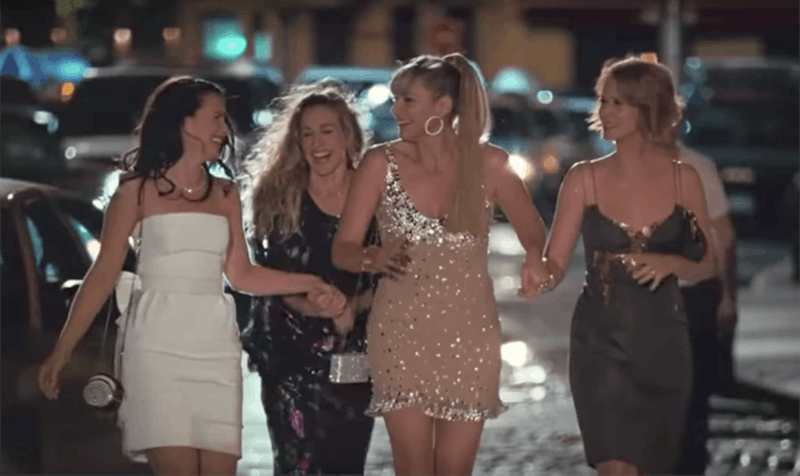 Following news that Kim Cattrall was not interested in returning to the franchise, it seemed that all hope was lost for the third installment of the Sex and The City film trilogy. However, recent comments made to Entertainment Tonight from the show's creator Darren Star suggest that Sex and The City 3 is still a possibility and it's some of the best news fans could ever wish for.

While many considered Cattrall's overwhelming lack of enthusiasm to be the project's biggest obstacle, Cynthia Nixon's recent bid for governor seems to have also played a major role in the film's shelving. Nixon, who portrayed Miranda Hobbes on the series and later in the films, will face two-time incumbent NY Governor Andrew Cuomo in the Democratic primary this September. Citing the Nixon's current gubernatorial aspirations as a factor, Star told ET:

"Let's see when she becomes governor, we can talk about how all that will work. You know, don't governors get hiatuses or something?... Sort of take a break from governing the great state of New York and do a movie? You never know!"

In March of this year, Nixon explained to ET that her decision to run, "has been a long time coming", telling the outlet: "people have actually been asking me to do this for nine years."

As for the character Samantha Jones, Star told ET that he doesn't yet have a plan for replacing Cattrall. He explained, "It's nothing I've thought about right now seriously. I mean, for right now, it's like, I loved the series and those first two movies.

It's been clear for some time that Cattrall is will not reprising the role of Samantha Jones going forward. During an October 2017 interview with Piers Morgan's Life Stories, Cattrall revealed that she'd "never" step into the role again. Per Daily Mail she explained,

"Me playing her, that I can assure you will never happen. For me it’s over, it’s over with no regrets ... I’m at a point in my life where I am making decisions that make me happy and going backwards in life doesn’t make me happy."

There have been long-standing rumors that there was tension and drama amongst the cast during the filming of the show and its two subsequent spin-offs — most notably between Cattrall and the show's lead actor, Sarah Jessica Parker.

More recently, there were reports suggesting that Cattrall's "diva-like" behavior was to blame for production delays which eventually led to the cancellation of Sex & The City 3. Cattrall denied the claims on Twitter, writing: "the only 'DEMAND' I ever made was that I didn't want to do a 3rd film."

During her sit-down Morgan, Cattrall openly discussed her reason for not wanting to participate in the film's final installment and shared her thoughts on wanting to to see more diversity the franchise's future.

"I want them to make the movie, if that’s what they want to do. It’s a great part. I played it past the finish line and then some and I loved it and another actress should play it, maybe they could make it an African American Samantha Jones or a Hispanic Samantha Jones?"

In September 2017, amidst numerous reports that she and Cattrall had been feuding, SJP expressed regret about the project not moving forward, telling Extra:

“I’m disappointed. We had this beautiful, funny, heartbreaking, joyful, very relatable script and story. It’s not just disappointing that we don’t get to tell the story and have that experience, but more so for that audience that has been so vocal in wanting another movie.”

Cattrall and Parker weren't the only members of the fashion-forward cast to discuss the cancellation news during that time.

Kristin Davis, who portrayed the Charlotte York, took to Instagram to also share her feelings on the film's shelving. She wrote:

"I wish that we could have made the final chapter, on our own terms, to complete the stories of our characters. It is deeply frustrating not to able to share that chapter (beautifully written by MPK) with all of you."

Behind-the-scenes drama aside, Sex and the City continues to be one of the most beloved series of its generation, so the news that Star is open to reviving the third installment certainly comes as a great relief to fans who thought that it would never come to fruition.