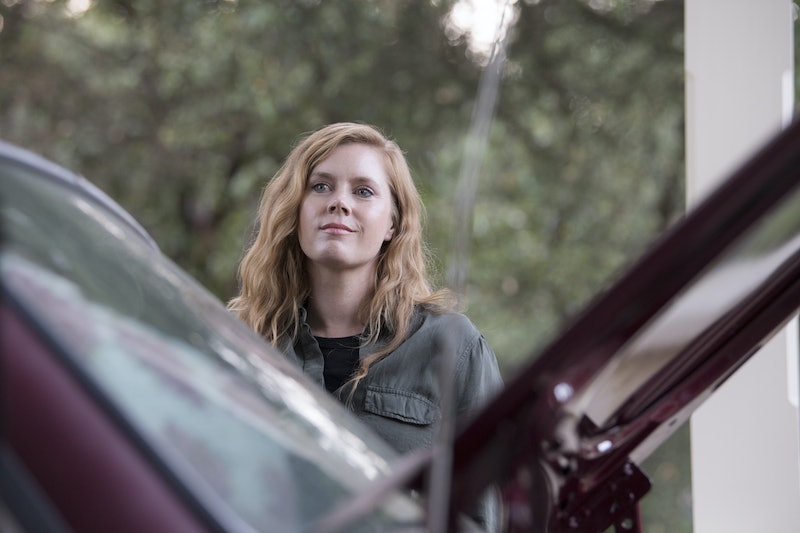 However, it's important to note that there's actually more than one in this scenario. Episode 7 revealed that Adora (Patricia Clarkson) has Munchausen syndrome by proxy, which is when someone (typically a mother) makes someone else sick so that she can care for them. By looking through Marian's medical records and talking with Jackie, Camille discovered that her mother murdered her sister. And Adora's medicinal abuse has affected her two surviving daughters in different ways. Camille (Amy Adams) became an alcoholic, a cutter, and a sex addict. Amma (Eliza Scanlen), as is revealed in the final moments of this episode, became a murderer herself.

It's deeply disturbing to watch Amma strangle the girls in the shocking post-credits scene — some with the help of Jodes and Kelsey, and, in the case of Mae, all by herself. But why did she kill them? Her motive is explored more in the Gillian Flynn novel, but it's all about the attention that Amma is — or isn't — getting at home. Adora doted on Ann and Natalie (likely because they reminded her of Marian), and Camille loved having Mae around their apartment in St. Louis. Amma quite literally lives off of attention, so she cut the distraction off at the source.

However, it's clear that all of the Preaker/Crellin women crave the spotlight. As Chief Vickery put it, "Adora's not as dramatic about it [as Camille], but that woman loves her attention. Then scolds you if you give her too much." This cycle of abuse began far up Adora's family tree. As she tells a sick Camille while bathing her in the tub:

"My mother — you never did know her like I did — once, Julia woke me in the dead of night. I was seven, eight. She didn't say a word to me. She just shook me awake, walked me outside, barefoot in my nightgown. I knew better than to open my mouth when Julia was punishing me. It was the same whether I'd done something wrong or not. She drove me to the woods, walked me in deep, sat me down, and left me."

This account sheds light on Adora's miserable childhood. Furthermore, Allan (Henry Czerny) divulged a few episodes back that Julia used to pinch Adora when she was sleeping. Why? Just because she liked to hurt people. And as that old saying goes, hurt people hurt people. So in addition to the verbal abuse Adora constantly shoveled onto Camille, there was the mysterious medicine in her blue apothecary bottle. And in Episode 8, audiences finally discover what was in it: Richard tells Camille that it's a mixture of anti-freeze, prescriptions, and rat poison.

So while Amma is entirely guilty of murdering these three girls, Adora is also complicit. She showed her daughter that it was OK to manipulate and hurt people to get what you want. "Guess which Greek goddess I am," Amma asks Camille at the dinner table. She looks sickly and is wearing a floral crown. "Persephone, queen of the underworld. She's married to that big dude, Hades. He runs hell, but she's in charge of punishment. But I feel sorry for Persephone because even when she's back with the living, they're afraid of her because of where she's been."

This harkens back to a conversation Amma had with Camille in Episode 6, when she admitted to her big sister that girls don't like her. "I mean, I can get them to do what I want, but they don't like me," she said. "Sometimes you need to be mean — or hurt."