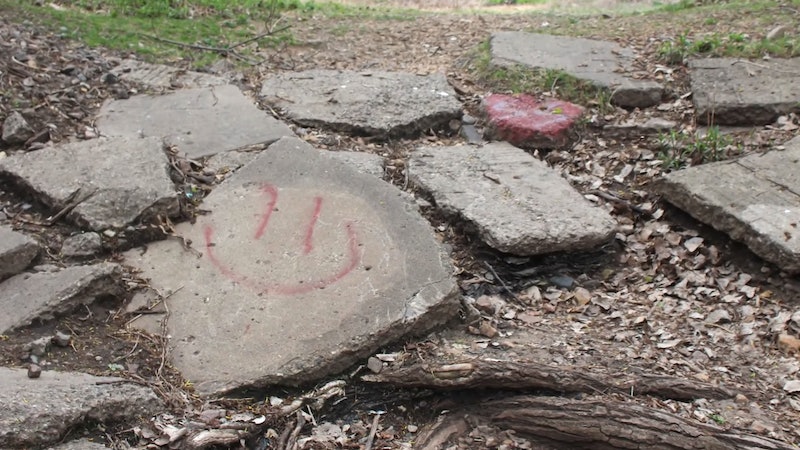 Unfortunately, there will be always true crime stories to investigate. But what happens when deaths that were determined to be accidental are considered to be the work of a serial killer? In the case of the smiley face killers theory, that's exactly what's happening. The Oxygen miniseries, Smiley Face Killers: The Hunt for Justice, looks at a number of college-aged males who have drowned to death in the Northeast and the Midwest. Retired New York City detectives Kevin Gannon and Anthony Duarte are convinced that these cases are the work of a serial killer or group of serial killers who travel around the country hunting young men and then spray painting a smiley face nearby. However, authorities have already deemed that these deaths were accidental and unrelated, which makes Oxygen's Smiley Face Killers even more controversial than many other TV shows about true crime.

When Smiley Face Killers premieres on Jan. 19, Gannon, Duarte, and many others will use the platform to convince people that more than 100 cases of college-aged men accidentally drowning are really homicides. Their goal is to have local law enforcement reopen these cases and classify them as homicides — and then to prove there's a larger conspiracy at play since they believe that the graffiti smiley faces found near the sites of the bodies (plus other factors) connect them. Yet, the FBI, local authorities, and other experts have stated that these deaths were accidental and believe there's no link between them.

In 2008, CNN reported that investigators said they had found at least 40 deaths that they believed to be linked to the smiley face killers. Yet, the FBI at the time debunked the theory. "To date, we have not developed any evidence to support links between these tragic deaths or any evidence substantiating the theory that these deaths are the work of a serial killer or killers," a statement issued by Supervisory Special Agent Richard J. Kolko of the FBI read. "The vast majority of these instances appear to be alcohol-related drownings. The FBI will continue to work with the local police in the affected areas to provide support as requested."

It's not just the FBI who took this stance. The nonprofit organization Center for Homicide Research listed 18 problems with the theory back in 2010, including the pervasiveness of smiley face graffiti and the fact that the smiley faces do not seem to match one another. And it does not appear that the FBI or many other experts have changed their opinions on the status of this theory — even though the investigators on Smiley Face Killers now state that the number of cases they believe to be involved is more than 100.

The first episode of Smiley Face Killers addresses the death of one of the most recent alleged victims of the smiley face killers — Duquesne University graduate student Dakota James. In March 2017, James' body was recovered in the Ohio River following his disappearance after a night of drinking, the Pittsburgh Post-Gazette reported. The Allegheny County Medical Examiner's Office declared the cause of death was accidental drowning, but his parents suspected foul play and were critical of the detectives who investigated the case. "The bureau earnestly investigated every lead and every tip, and did not approach this investigation with any preconceived conclusions," Pittsburgh police spokeswoman Sonya Toler said in response.

Gannon and Duarte will try to convince viewers and, far more importantly for their cause, the authorities, that deaths like James' and other young men were not accidents. But this Hunt for Justice may never end with the answers that the victims' families are desperately searching for.