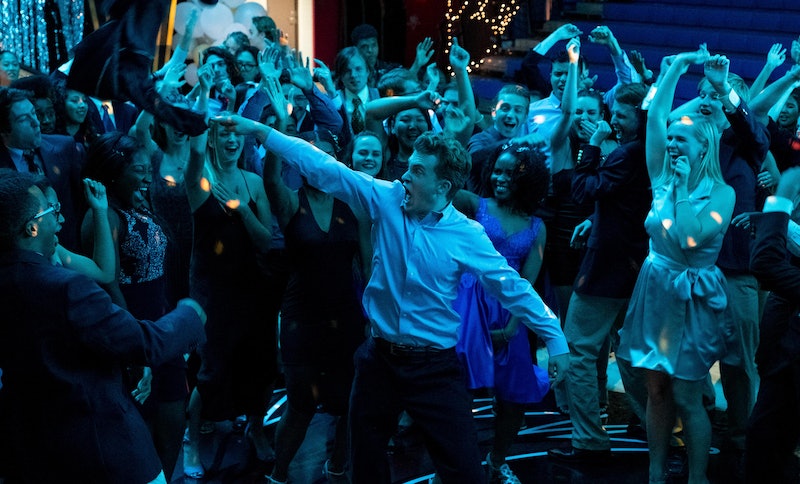 Since Hulu's latest miniseries is set in the '90s, its soundtrack is filled with time-specific hits in addition to newer covers. The songs in Little Fires Everywhere range from soul to indie rock to hip-hop, and everything in between. In Episode 2, Mia rocks a David Bowie T-shirt, and she listens to Aretha Franklin and Nina Simone.

While the older Richardson kids prefer Top 40 songs, Izzy (Megan Stott) marches to the beat of her own Walkman and prefers Beck and Fiona Apple, among others. She listens to Liz Phair while spray-painting her furniture on the front lawn and brings up Lilith Fair at dinner. Moody has a similar taste in music to his younger sister, writing Nirvana lyrics on Pearl's arm after getting high and commenting that she can't believe his friend's mom listens to The Velvet Underground. Moody's friend Carl is similarly snooty, reluctantly agreeing to go to the homecoming dance. But he cautions that "if they play that f*cking Sugar Ray song, I'm out," which is likely a reference to the band's '97 hit "Fly."

The school dance itself predictably includes songs that were popular in the fall of 1997 — songs like "Waterfalls" by TLC and "Tubthumping" by Chumbawamba, to which the high schoolers excitedly mosh. Fortunately for Carl, however, there is nary a Sugar Ray song in sight.

Here are all the songs featured in Little Fires Everywhere, listed episode-by-episode, with more to come as the season continues airing.