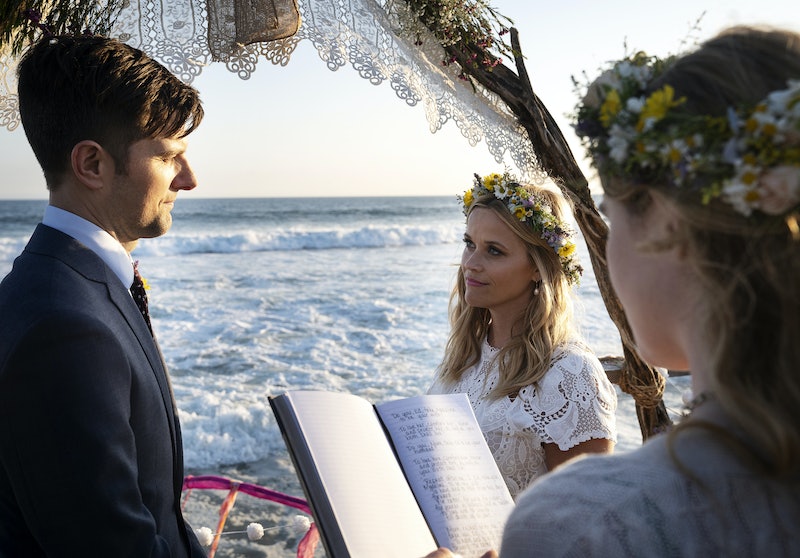 Big Little Lies' second season ended with a lot of personal victories for the Monterey Five: Celeste won her court battle and retained custody of her sons, Renata told off her husband Gordon in the most epic way possible, Jane rekindled her relationship with Corey, Madeline and Ed renewed their vows, and Bonnie finally seemed to find some peace with her mom. However, that end-of-episode cliffhanger was surprisingly somber and open-ended with regard to what will happen to everyone next. So at least the songs in the Big Little Lies Season 2 finale (not to mention all of those impeccable performances) made it compelling to watch.

There was only a small amount of music peppered throughout the final episode, but it made a big impact. It's interesting, perhaps, that a lot of the songs in the finale are covers. Are these just the versions of classic songs that the BLL music supervisor preferred, or were they just the only ones available to license?

There was one brand new song recorded just for Big Little Lies by Leon Bridges, whose song "River" was previously featured in Season 1. Aside from him, there were also some incredible female voices featured. Check out a breakdown below.

"Piece of My Heart" by Melissa Etheridge

Ed's angry workout playlist included this Janis Joplin cover, and also played during the end credits. While he says the punching bag is not Madeline, he's clearly working through some feelings.

"Deep Inside You" by Gloria Ann Taylor

Ed has always had good taste in music. It's something he and Chloe have bonded over. For his second morning boxing session in the finale episode, he went with a deeper cut.

"That Was Yesterday" by Leon Bridges

Speaking of Chloe, do you suspect she was the one who changed the playlist to this song when she saw her parents kiss, make up, and decide to renew their vows?

As the custody trial ended and Bonnie said goodbye to her mother yet again, "Shake Sugaree" played quietly in the background. The track was later covered by The Grateful Dead and Bob Dylan, but it's the original that plays during the Big Little Lies finale. The woman singing has an incredible history. Elizabeth Cotten was a folk singer from North Carolina who didn't start recording music until she was 66 years old and won a Grammy at 90.

"Have You Ever Seen the Rain?" by Willie Nelson (feat. Paula Nelson)

This father/daughter duo is an apt way to end the season, which focused so much on parenting. The song they're covering was originally recorded by Creedence Clearwater Revival. It starts playing during Ed and Madeline's vow renewal ceremony and continues all the way until the end of the episode, when the women gather at the police station to turn themselves in for Perry's death.

The Monterey Five have all "seen the rain" in their seemingly perfect lives — some more than and at different paces than the others. But now, they're all coming clean and ending their lies.

This post has been updated to clarify the use of Leon Bridges' "River" in Big Little Lies Season 1.