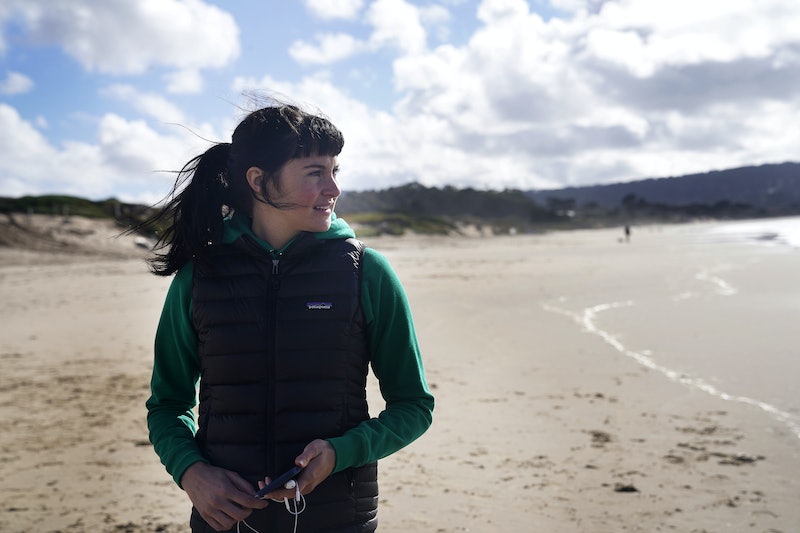 Spoilers for Big Little Lies Season 2 ahead. Life has been different for the Monterey Five since Madeline, Celeste, Jane, Renata, and Bonnie were all involved in Perry's death. But one element that is relatively unchanged is the beautiful (and quite purposeful) Big Little Lies Season 2 soundtrack. Just as in Season 1, the music has been carefully chosen to help tell the story of these five women.

In Season 1, Susan Jacobs served as the music supervisor and told Bustle that her role was to fulfill then-director Jean-Marc Vallée's vision. In Season 2, however, new director Andrea Arnold and Vallée, now acting as an executive producer and editor, curated the music alongside music supervision company Earworm.

The track "Cold Little Heart" by Michael Kiwanuka is still the show's dreamy, ooh-filled theme song, played as the main characters drive their cars beside the crashing waves of the Pacific coast. But there are many other new tunes to discover, as well as familiar songs to attach different feelings to, in the HBO drama's second season.

As you watch Perry's death continue to ripple across Monterey's tight-knit community, here's some of what you'll hear on the Big Little Lies Season 2 soundtrack.

More like this
'Rap Sh!t' Season 2 Is Officially Happening & Will Include "More Seducing & Scheming"
By Brad Witter and Grace Wehniainen
'School Of Rock' Changed Joe Keery's Life Forever
By Alyssa Lapid
Ramin Djawadi Is Living Out His Dreams
By Rebecca Long
Twitter Is Freaking Out Over Rihanna’s 2023 Super Bowl Halftime Show Announcement
By Stephanie Topacio Long
Get Even More From Bustle — Sign Up For The Newsletter