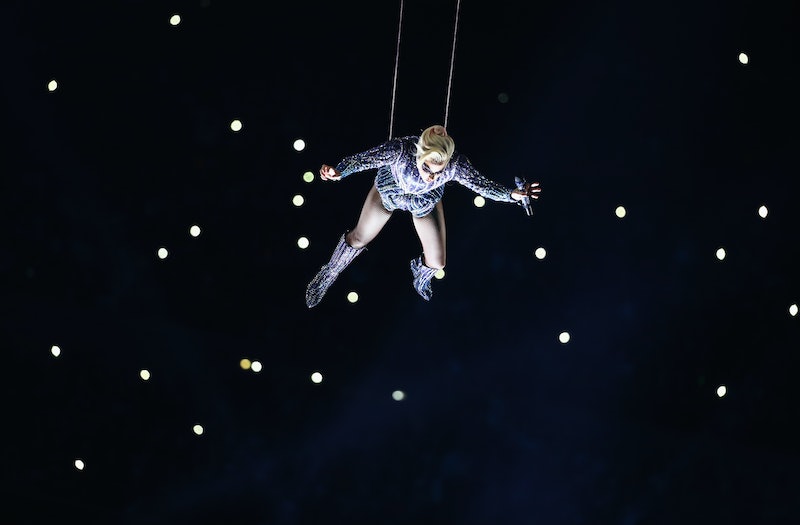 There was sadly no Left Shark at this year's Super Bowl, but don't worry, there were plenty of other meme-able moments. One of my favorites was the meme comparing Lady Gaga's halftime stunt to Spongebob. Clearly, they both have had great ceiling stunts. During her stunning halftime performance, Gaga started the night by dropping in from the ceiling, because of course. But, she's certainly not the first performer to be lowered from the skies.

Spongebob Squarepants has already been there done that with this particular stunt. As '90s and '00s kids will remember, Spongebob's Goofy Goober Rock performed with an amazing purple outfit and plenty of theatrics. Those same people were quick to compare Gaga's entrance to Spongebob's. Now the questions is, who did it better?

Both are pretty iconic in their own way, though I may always be partial to Goofy Goober Rock. Especially since this Spongebob moment was already a meme even before Gaga came along. In February 2015, one Twitter user tweeted the Spongebob pic along with the caption, "SpongeBob hanging from the ceiling after Goofy Goober Rock is my spirit animal," so clearly this was already a memorable Spongebob Squarepants moment. And thanks to Lady Gaga, it's getting a ton of attention.

Who Did It Better?

A lot of Twitter users were calling Gaga out.