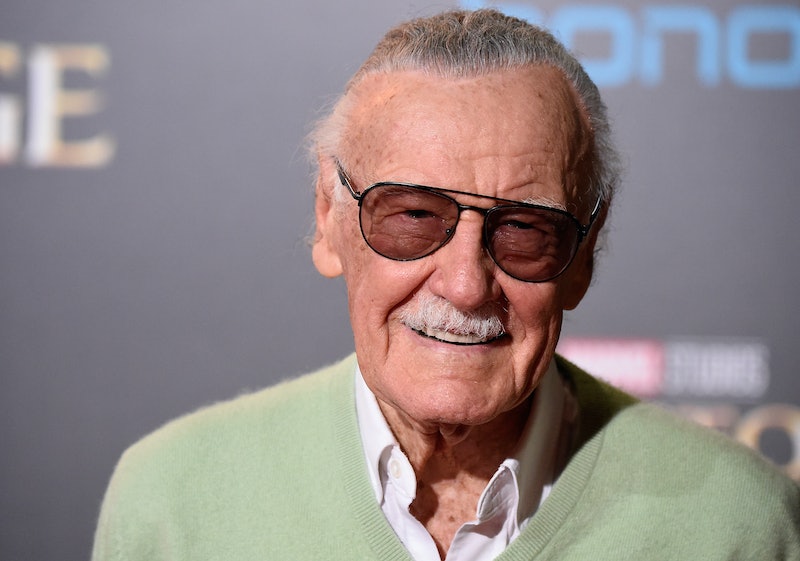 One of the best and longest-running Easter eggs in the world of Marvel films is the appearance of iconic Marvel comic book writer Stan Lee. But interestingly, there is no Stan Lee cameo in Logan, the latest Marvel film to hit theaters. What gives? Surely there would have been a little bit of room for Lee to appear in one of the most epic and intense X-Men films to date.

As much as fans might stan for Lee (pun definitely intended), it's unclear why he didn't appear in the new film. While Lee has appeared in numerous other Marvel films, often in uncredited roles, there's no Logan credit on his resume. The weirdness of this absence is compounded when you recall that Lee appears in three previous X-Men films: 2001's X-Men, 2006's X-Men: The Last Stand, and 2016's X-Men: Apocalypse.

In Logan, though the mutants are in short supply, the regular humans are still kicking about in great quantity. Do you mean to tell me that the writers on Logan, director Jame Mangold, or Hugh "I will always be Wolverine" Jackman couldn't have lobbied for a way to fit Lee into the background? My best guess for why Lee didn't appear in Logan is simply down to a scheduling issue.

The established pattern of of Lee's X-Men appearances indicates that a Logan cameo was never a guaranteed thing. But the sporadic X-Men cameos don't necessarily mean that Lee is out for good. On the contrary, Marvel fans can look forward to searching the next few films on the Marvel slate for Lee's famous cameo. He's due to pop up in Guardians of the Galaxy: Vol. 2, Spider-Man: Homecoming, Thor: Ragnarok, and The Black Panther.

So, Lee's time with the X-Men may be done and over with, but it will not be the last time we see him pop up in the oddest places in the Marvel universe. Thank goodness, because things are just a bit more fun when Lee's in the picture.