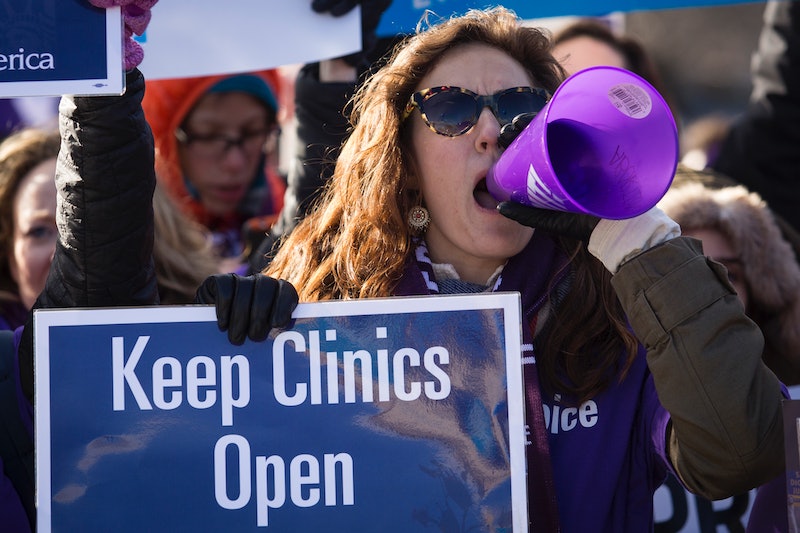 Another southern state is inching closer to a six-week abortion ban. The Louisiana state legislature passed a six-week ban bill on Wednesday, and its Democratic governor has indicated that he intends to sign it. While this legislation would add another layer of restrictions on abortion for providers and pregnant people, the state of abortion access in Louisiana reflects one that has been mired in constraints for quite some time.

Earlier: Louisiana's six-week abortion ban would outlaw the procedure before most people even know they are pregnant, The Guardian reported. As the outlet described, supporters of the bill suggest that it bans the procedure after a so-called "fetal heartbeat" can be detected, though medical professionals have repeatedly indicated that this term is medically inaccurate. The paper noted that, at six weeks, an embryo — not a fetus — is present in the pregnant person's womb, and it doesn't have a heart. Instead, embryonic tissue that will later become a heart is beginning to pulsate.

The state's six-week abortion ban would criminalize doctors who perform the procedure after that time, subjecting them to potential fines and prison time, BuzzFeed News reported. The outlet noted that it also does not make any exceptions to the ban for cases of rape or incest — only those in which a mother's life or health is substantially at risk or the pregnancy is nonviable. According to NBC, if the governor proceeds with signing the bill as planned, it will not take effect unless a six-week abortion ban from the state of Mississippi is held up in a federal appellate court, as stated the text of the Louisiana bill.

Before the six-week ban was passed, however, Louisiana already had a host of other abortion restrictions in place. The state has "severely restricted" access to abortion, as NARAL Pro-Choice America put it; according to the American Civil Liberties Union (ACLU), Louisiana has an incredibly stringent licensing law for its abortion clinics that includes "more than 1,000 medically unnecessary requirements."

These requirements mean that it's very difficult for clinics to get a license, and as a result, the state only has three abortion clinics. As the Guttmacher Institute stated, 63% of Louisiana women live in a county with no abortion access.

Guttmacher also pointed out a variety of other Louisiana abortion limitations on its website, including a trigger law that would ban abortion immediately if Roe v. Wade were overturned at some point. There's also a requirement that a person must "receive state-directed counseling that includes information designed to discourage [them] from having an abortion" prior to their procedure, as well as an ultrasound during which an abortion provider is required to present and describe the image to the pregnant person. Finally, individuals also face substantial financial hurdles to accessing abortions, as Guttmacher noted that Louisiana health insurance policies on the Affordable Care Act exchange don't cover the procedure.

In addition to the six-week abortion ban, Louisiana is also currently considering adding an amendment to its state constitution that says it does not provide any protections for abortion, the AP reported. It's certainly apparent that the state is increasingly taking a hard line when it comes to enacting anti-abortion measures. It remains to be seen whether some of these newer measures will ultimately take effect.

This article was updated on May 30.