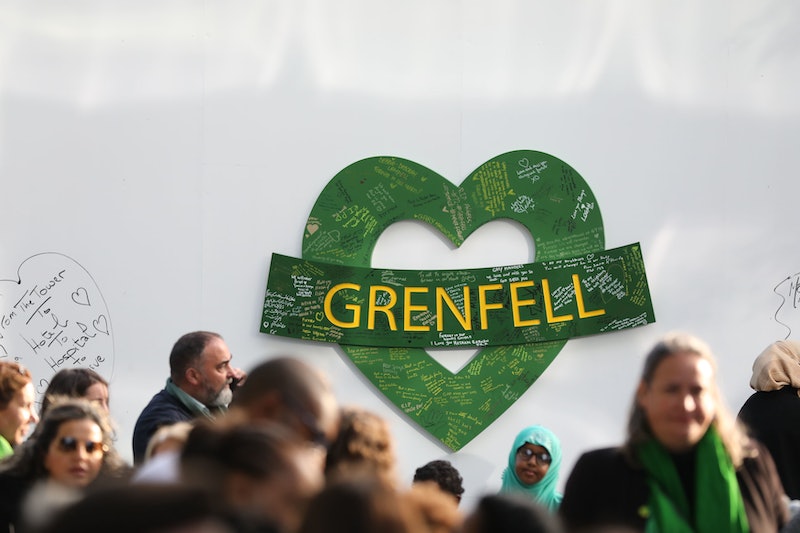 It’s been two years since the tragic fire in Grenfell Tower in West London that sent shockwaves through the country. Now the London Fire Brigade Commissioner Dany Cotton has said the “stay put” policy, which is believed to have cost many lives in the Grenfell fire, needs to be revised.

The Grenfell fire occurred on June 14, 2017, in North Kensington, and the official death toll stands at 72. This Wednesday (Oct. 16, 2019), Commissioner Dany Cotton held an interim report into the handling of the Grenfell blaze. Cotton's report comes a few weeks before the publication of the first phase of the Grenfell Tower Inquiry report, which is expected to be critical of the London Fire Brigade, the Guardian reports.

"Buildings designed to have a ‘stay put’ strategy, which includes Grenfell Tower, are not designed and built to facilitate mass emergency evacuation during a fire — many, for example, have a narrow staircase and no common alarm system," Cotton said. "New research is now needed into what the public and firefighters should do when a building fails."

Cotton also stated: "I want the public and especially the Grenfell Tower community to know everything we are doing to learn from that night and to prevent a tragedy like this from ever happening again."

Cotton was keen to emphasise that although she felt the "stay-put" policy needed revision, further research was also needed into other factors that contributed to the severity of the fire, the difficulty in tackling it, and the ultimate loss of life.

"Fire spread the entire height of Grenfell Tower in less than 30 minutes," she continued. "Residents and firefighters were placed in impossible conditions we had never experienced before. That is why I am calling for the government to reverse more than 20 years of neglect in relation to fire safety and to undertake urgent research on ‘buildings that fail’, which means stay put advice is no longer viable in those buildings."

As the Telegraph reports, Cotton maintained that it was this neglect that led to a a situation in which it "impossible to tackle the Grenfell fire once it spread," including "water from fire hoses having no effect on cladding that was both burning from behind and made from flammable but waterproof material."

Cotton wanted to emphasise the situations in which the policy had worked, stating: "Since 2014, there have been more than 5,000 high-rise fires in London alone and in the vast majority of these incidents stay put advice has been effective. It’s very important for people to know that. ... It is completely understandable that stay put advice has been questioned, but we are talking about buildings that fail, rather than advice that fails and there is no clear alternative, which is why this research is needed."

The highly anticipated Grenfell Tower Inquiry report is set to be published and given to Parliament on Oct. 30, 2019, one day before Britain is schedule to leave the EU. This has raised some concerns, as the timing could mean the report is buried under Brexit dealings.