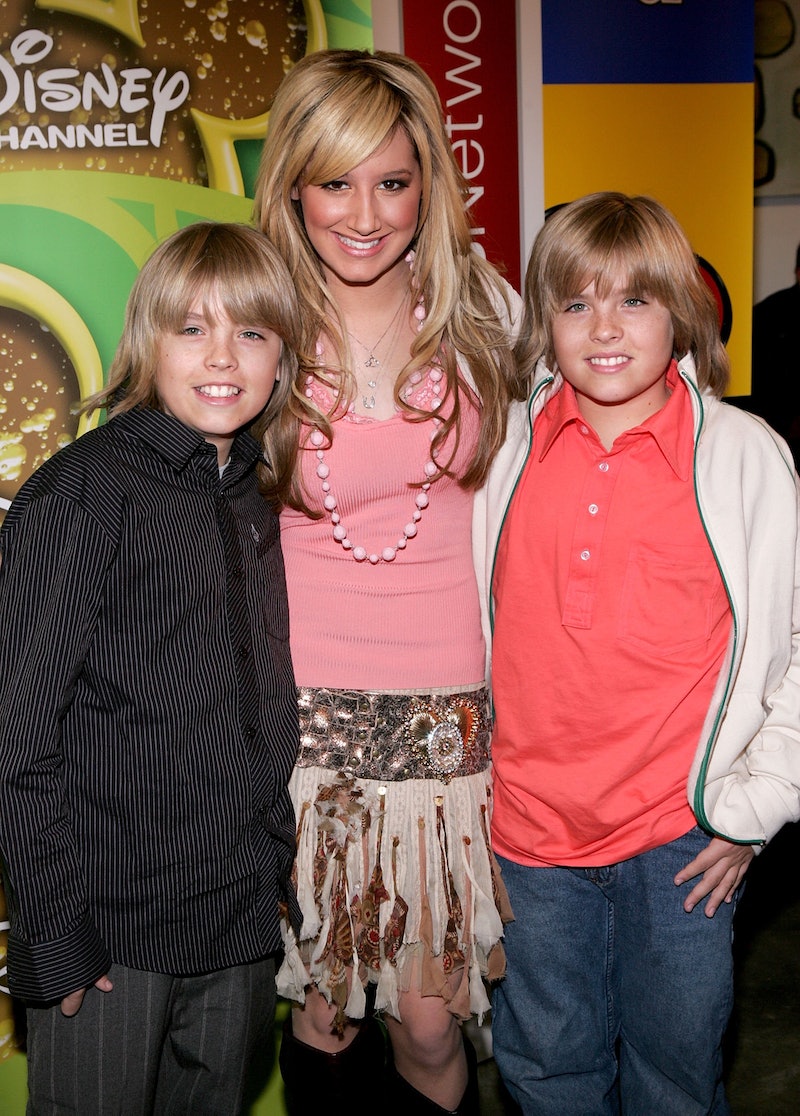 Out of the many episodes produced during the three-season run of The Suite Life of Zack and Cody, none of them could scare the life out of viewers quite as much as "The Ghost in Suite 613." Now, fans of 2000s-era Disney Channel can get frightened all over again. The Suite Life Halloween episode is now on Disney Channel YouTube, just in time to celebrate the spooky holiday and it's not the only spooky Disney Channel original content coming your way.

In the memorable Season 1 episode, Zack pressures Cody into staying the night in a haunted hotel room at the Tipton after hearing about a ghost, Irene. The spirit had supposedly haunted suite 613 since WWII, and in the episode, Zack and Cody get London, Maddie, Esteban, and Arwin to all experience the haunted hotel room with them. As usual, chaos and hilarious hijinks ensue, including levitating tables, paintings that move, and spooky seance.

Although the episode was instantly beloved just for its sheer hilarity, "The Ghost in Suite 613" actually marked a pivotal turning point for the series. In a 2016 interview with MTV News, Adrian R. Mante, who famously portrayed bellhop Esteban Julio Ricardo Montoya De La Rosa Ramirez on the show, revealed that Disney renewed the show for two more years after the episode aired.

“When we filmed that episode, in our hearts, we felt like this was going to change our future for this series," R’Mante explained to MTV News. "The next thing you know, right after that episode was done and completed and shelved and ready to be aired, it blew up." The cast later realized that the episode was such a hit because it included every character, and it's remained a fan favorite ever since. “When we were all together, those episodes absolutely killed on TV,” the actor explained.

"The Ghost in Suite 613" isn't the only Disney Channel classic hitting YouTube for October. Disney Channel YouTube will also play host to iconic, Halloween-themed Disney Channel Original Movies, all month. For the first week of the month, the YouTube channel played Mom's Got A Date with a Vampire continuously. On Oct. 7, the live stream switched to playing Twitches, starring Tia and Tamera Mowry, 24 hours a day for a week. According to a press release obtained by Bustle, Disney Channel YouTube will change the film every week, with Halloweentown airing the week of Oct. 14, followed by Halloweentown II the week of Oct. 21, and, finally, Halloween Town High starting on Oct. 28.

Disney Channel YouTube will also be sharing some new clips and special videos to celebrate Halloween throughout the month, including a 20 Year Anniversary piece on Don't Look Under The Bed and a 15 year anniversary piece celebrating Halloweentown High.

Of course, if that's not enough Halloween nostalgia for you, there's always Freeform's 31 Nights Of Halloween. Though you won't find any episodes of The Suite Life there, the network is airing Hocus Pocus 29 times throughout the month, and with a few weeks left until Halloween, there's plenty of time for anyone missing '90s and early 2000s content to watch both – multiple times.