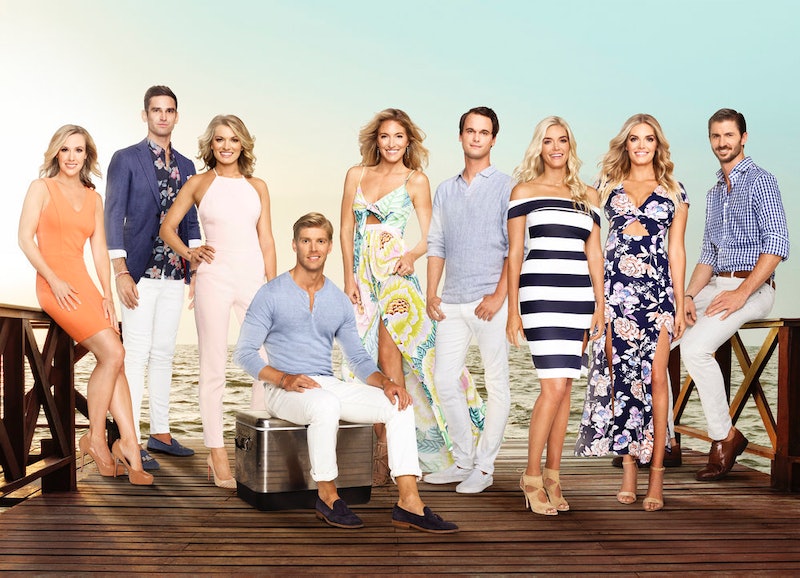 Reality television can be extremely deceiving. I remember thinking that the cast of Vanderpump Rules must have been super rich because of their extravagant parties and how fashionable they always looked. When I realized that they were actually much more relatable twenty-somethings living off their SURver budgets, it was actually a little bit refreshing. However, Bravo's newest reality series Summer House seems to be the exact opposite of that. I originally thought the Summer House cast's net worths would reveal them to be young adults living beyond their means for a summer, but after looking into their jobs, it seems that they are perfectly capable of affording that beautiful summer rental with plenty of spending money leftover.

Don't get the wrong idea — this isn't money from mom and dad that they are playing around with. Most of the cast members have really impressive careers during the week. They spend Monday to Friday in New York City hustling and earning some serious cash to have fun with in the Hamptons on the weekends. Though their specific net worths have not been verified or confirmed, their jobs suggest they are all very successful and won't have to think twice about what they spend in the Hamptons.

Ashley not only has real estate experience, but is in the process of opening a store for secondhand clothing called Uptown Cheapskate. And her real estate background seems to be incredibly successful, as according to The Real Deal, she was the Director of Operations at Two Trees Management, which has owned, managed, and developed over $4 billion worth of properties.

According to his Bravo bio, Carl has been involved in many industries. The former model currently works in medical device sales, is invested in two New York City bars that will be opening in 2017, and sometimes produces films. He's kept the details of these ventures under wraps, but he clearly has the funds to invest in multiple businesses, and they're bound to pay off.

Cristina is harder to figure out. As a freelance reporter, her earnings would really depend on how often she's freelancing and where. According to her LinkedIn, she's currently a reporter and creative producer for WetPaint, and previously worked for InStyle, Blade, Cambio, and more.

Everett is impressive in a very different way than his co-stars. In addition to working in finance as an account executive, the Army veteran is the co-founder of non-profit Operation: Heal Our Heroes, which aims to prevent veteran suicide. Everett is using his earnings to help others who need support, which is very admirable.

Jaclyn also works in multiple fields. Her Bravo bio says she fell into fit modeling, and according to her LinkedIn, she also currently works as an account executive of an international fashion company. If you're keeping count, that's two high-powered, high-earning jobs for one person.

Kyle the "man-olescent" is also an entrepreneur, or more specifically, Chief Brand Officer for a line of gym shorts for men called Birddogs. He's also the founder of a weight loss mobile app, so I guess he actually becomes an adult during the week.

Like many of her pals (but not her twin sister, Ashley) Lauren works in finance. Though there's not a photo attached, a LinkedIn account that likely belongs to her suggests she currently works in private equity. She also runs a lifestyle blog with Ashley called Two Of A Kind.

Lindsay is the president of her own public relations company called Hubb House Public Relations. No wonder her Bravo bio calls her "the ultimate alpha female."

Stephen is an event planner for socialites and the like and considering the fact that he knows Chrissy Teigen, I'd say he's pretty successful.

Clearly, the Summer House cast works hard, and now, we'll get to see if they play just as hard.