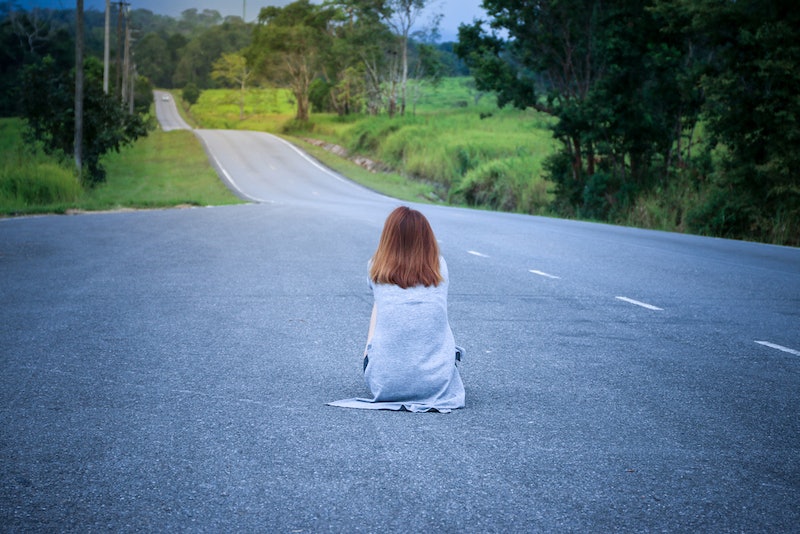 Rising out of your body, traveling through a dark tunnel, heading towards a brilliant, bright light… these are all commonly-cited characteristics of what’s typically termed a near-death experience, or NDE. But beyond these classic tropes, are there any actual symptoms of near-death experiences? According to a new study, there might be — and what’s more, the biggest symptom of all might have to do with your sleep cycle. The research was recently presented at the 5th European Academy Of Neurology Congress, and although it hasn’t yet been published in a peer-reviewed journal, the study is available to read online for free through the open-access pre-print repository bioRxiv.

While there’s still an awful lot we don’t know about near-death experiences, we do know that they “share phenotypical features with those made during rapid eye movement (REM) sleep,” as the researchers put it — that is, the part of your sleep cycle when you’re most likely to have particularly vivid dreams. REM sleep intrusion in particular — that is, an interval of REM sleep that appears out of its usual spot in the NREM-REM sleep cycle — was of interest to the researchers; what’s termed “REM sleep intrusion into wakefulness” is what’s responsible for phenomena like sleep paralysis.

The language the participants used to describe these symptoms was often thematically similar. For example, one participant described seeing their “life… flashing before me in my head,” while another said they experienced “a sense of not having done all the things I was meant to do.” Concerning the feeling of being separated from your body, three different accounts noted experiencing “a truly out-of-body experience where my eyesight and visual became incredibly abstract,” an awareness “of being outside my body,” and the feeling that “I could not control my body.”’

As NBC notes, the paper hasn’t yet been published in a peer-reviewed journal. That doesn’t necessarily mean it’s not credible; however, peer review does lend a certain legitimacy to studies, making it an important part of the research process. (Although it’s also worth noting that the peer review process also isn’t infallible; in fact, it’s been found to be susceptible to bias in and of itself in a wide range of cases. ) What’s more, the paper itself acknowledges that online studies have certain limitations, as well. For one thing, wrote the researchers, “complex clinical and ethical notions are impossible to fully implement in survey form”; for another, although a number of demographic factors were taken into account in this study, there still remain “many with potential importance such as religiosity that [the researchers] did not assess.”

Still, though — the findings of this paper are fascinating and worth further study. What’s more, the current study did manage to replicate the findings of an earlier study while correcting some of that study’s issues. (The criticism of the earlier study had to do with selectional bias; according to Dr. Kondziella, recruiting participants through a crowdsourcing platform eliminated this problem.) The study itself can be read in full here.

More like this
Dyson Is Dropping Futuristic, Air-Purifying Headphones
By Rachel Lapidos
Celine Dion Reveals She’s Been Diagnosed With Stiff Person Syndrome
By Jake Viswanath
9 Balance Training Exercises That'll Improve Your Mind-Body Connection
By Carolyn Steber
6 Unexpected Causes Of Post-Workout Fatigue
By Carolyn Steber
Get Even More From Bustle — Sign Up For The Newsletter