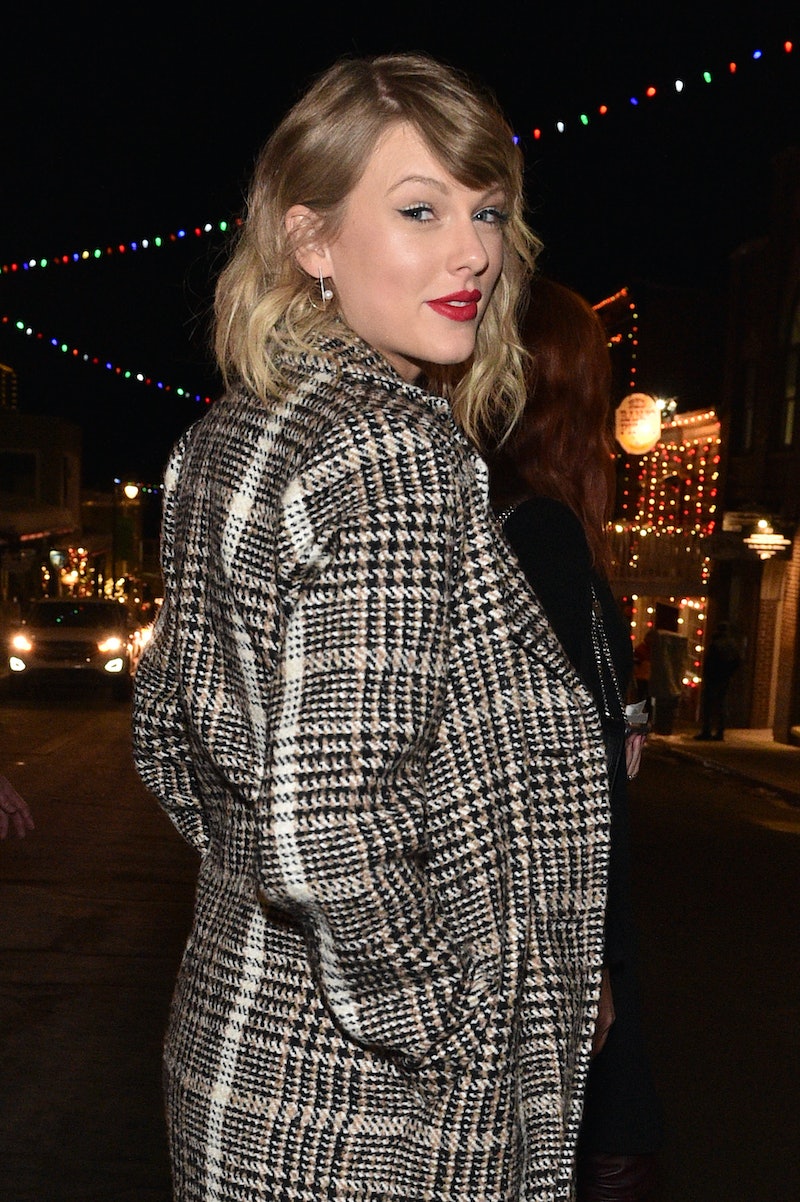 It seems T-Swift isn't going to go down without a fight. A cover of Taylor Swift's hit single Look What You Made Me Do was featured on Sunday night's latest episode of Killing Eve, however, there may be more to this endeavor than meets the eye. The singer took to Twitter prior to the episode to express her excitement over the cover's big Killing Eve debut. “VERY STOKED about this cover of lwymmd on @KillingEve by Jack leopards & the dolphin club!!” Swift wrote. But who is this band and why have we never heard of them before? After a little digging, fans have since realized that the band doesn't seem to have existed prior to April, leaving many to believe this could be the singer's way of getting back at her rival and former boss, Scooter Braun.

As many Swift fans already know, Braun bought the back catalogue of the singer's work last year, including the albums Taylor Swift, Fearless, Speak Now, Red, 1989 and Reputation. Swift was upset at the time and claimed to have never been given the chance to purchase the masters herself, which led to a lot of controversy between her and Braun. The good news is that Swift will be able to start re-recording some of her songs in November 2020, however, this Killing Eve cover may suggest that the 30-year-old artist has found a way to display her songs the public without Braun being able to financially benefit from it.

After hearing the cover and doing a little research, fans believe that the mystery band's vocals in the song belong to Swift's brother, Austin, who once named his Twitter account "The Dolphin Club." Additionally, two of the producer credits for the track were given to Jack Antonoff, who helped Swift write the original version of Look What You Made Me Do, and Nils Sjoberg, a songwriting pseudonym that Swift has been known to use in the past.

This would indicate that Swift went through all of the trouble of recreating the song just so Braun wouldn't be able to claim any royalties from it — a bold move on the singer's part and her fans can't help but stan.

Swift has yet to address these fans suspicions, so for now it's all just mere speculation, though she did reportedly ask Killing Eve producer Phoebe Waller-Bridge to let her brother sing on the show earlier this year, as per The Daily Mail. Could that request have come to fruition? It certainly seems possible. Braun, look what you made Swift do.

More like this
Taylor Swift Visited The 'Glee' Set For This Bizarre Season 5 Episode
By Grace Wehniainen
Tour Rehearsals Didn’t Stop Taylor Swift From Attending The 2023 Grammys
By Jake Viswanath
The 12 Most Controversial & Unexpected Grammy Moments Ever
By Jake Viswanath
Taylor Lautner Thought Taylor Swift's 2009 VMAs Interruption Was A "Skit"
By Alyssa Lapid
Get Even More From Bustle — Sign Up For The Newsletter
From hair trends to relationship advice, our daily newsletter has everything you need to sound like a person who’s on TikTok, even if you aren’t.