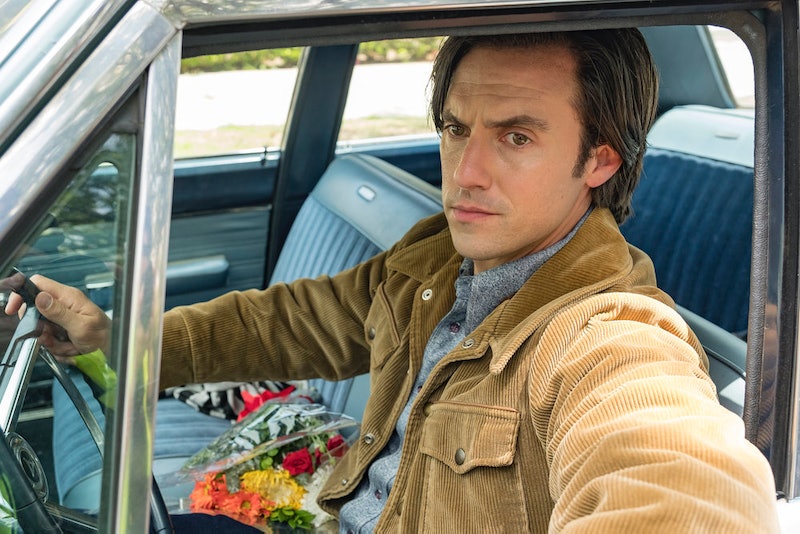 A new season of This Is Us means another round of heartbreaking storylines, Jack and Rebecca romance, and turmoil amongst the Big Three. And you better head to CVS now to stock up on those tissues, because This Is Us is also going to explore Jack's time during the Vietnam War, including experiences that seem to have had a profound impact on his life going forward. The Vietnam War had different phases, and pinpointing the period of time that Jack served can help fans begin to surmise what the war was like for the Pearson family patriarch. So when did Jack serve in Vietnam?

According to a timeline of This Is Us events put together by Vulture, Jack was drafted to the war when he was 25, in 1969: December 1, 1969, to be exact. We can assume that it took at least a month to process and train Jack before he was sent overseas, so it seems fair to say that Jack probably began serving sometime in 1970. America began sending substantial troops to fight in the war in Vietnam in 1964, and according to the History Channel, the first draft lottery began in December of 1969: Jack was one of the unlucky young men drafted in the first round. He served during Nixon's administration, a time that saw massive war protests and the policy of 'Vietnamization', an attempt to gradually withdraw American troops from the war.

The Vulture timeline doesn't note the exact date that Jack returns from Vietnam, or when he meets Rebecca, but we do know that Rebecca became pregnant in 1980, during Super Bowl XIV. We also know that Jack and Rebecca's first date was in December 1972, according to the football game that was on TV, as reported by Refinery 20. He tells Rebecca that he had just gotten back from the war, so he likely served for about 2 years. The United States ended its direct involvement in the Vietnam War in 1973, when President Nixon signed the Paris Peace Accords, so he was there for the later years of the war.

We don't know much about Jack's time in Vietnam, other than the fact that he served with his brother, Nicky, and that Nicky died during the war. Jack never talked much about the war, which is likely because the experience was incredibly traumatic for him. But though Jack might not have wanted to share his memories of the war with his family, This Is Us will soon delve into his time overseas in an ambitious storyline that will surely shock viewers. And the show's writers and creators were determined to make sure Jack's Vietnam experience reflected true accounts of the war.

To ensure authenticity, This Is Us hired novelist and Vietnam veteran Tim O'Brien, who wrote the seminal book The Things They Carried, to help advise the writer's room. “The name we kept saying was, ‘We need Tim O’Brien,’ who is this premier author on Vietnam and a former vet, but that seemed like too good to be true. That was like our dream — and then we got him,” executive producer and co-showrunner Elizabeth Berger told Vulture. "That’s been incredible, because we never want to take anything on that we can’t do authentically, and I think he’s giving it that stamp of authenticity.”

But though these infamous events in military history might serve as a backdrop to Jack's experiences, This Is Us is usually more concerned with the personal stories of its characters. Likely, the Vietnam storyline will focus on Jack, his brother Nicky, and the other men they served with. “It’s a real timeline that we’re going to live in and devote some serious episodes to," executive producer and co-showrunner Isaac Aptaker told Vulture. "So it’s going to be a very fully real-life world. It’s not just little moments.” Though we still don't know much about Jack's storyline in Vietnam, one thing's for sure— it'll definitely make you cry.