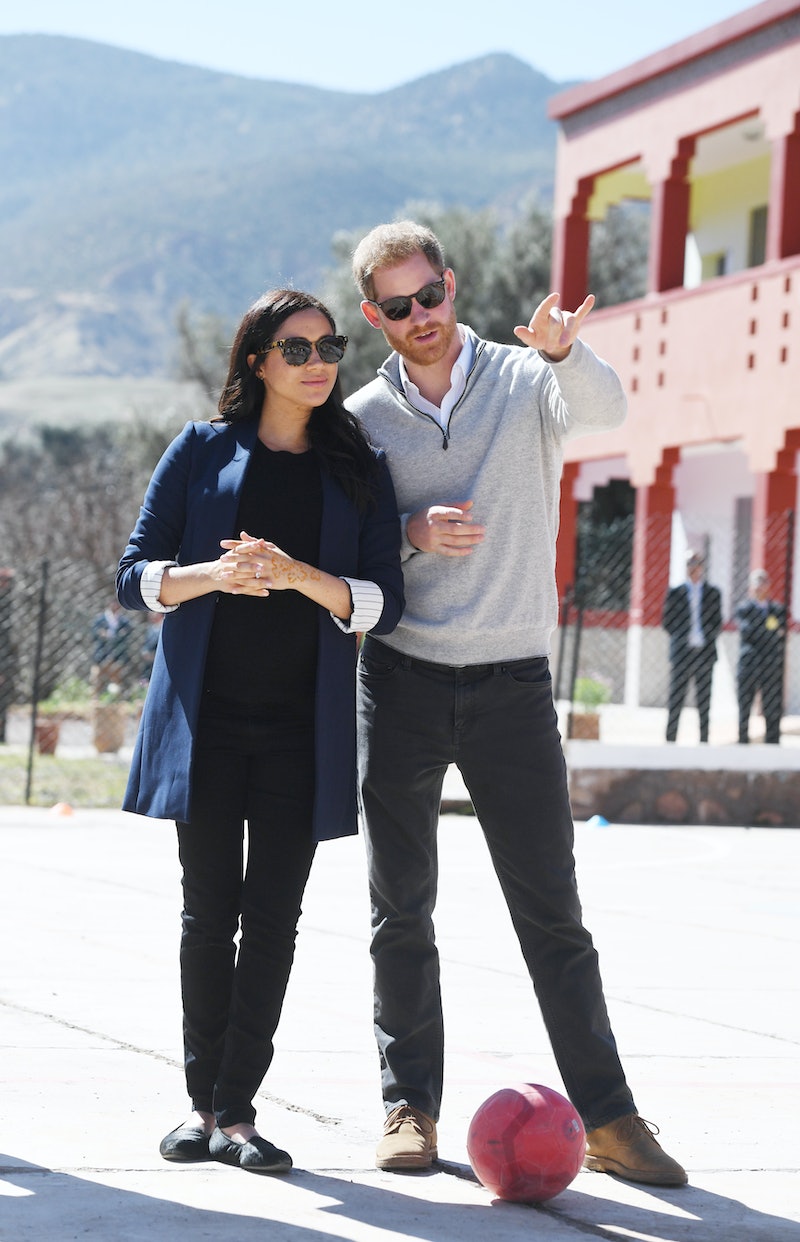 There are a lot of things you can bet on when it comes to Meghan Markle and Prince Harry's baby. The baby's name is one, of course, but you can also bet on their weight, their sex, and the date they'll be born. You can even bet on the time of day the royal baby will be born.

The name can be somewhat predicted based on historical precedent and the couple potentially naming the baby after certain family members. And with the sex, people could think they heard or saw "clues" as to whether the baby will be a boy or a girl. But the time of day the baby will be born is totally different, because it's something that not even parents can know. (Aside from a scheduled C-section, but there has been no evidence to suggest that is happening in Markle's case.)

Still, there is a better chance that the baby will be born at a particular time of day, simply because more babies in general tend to be born then. The BBC reported in 2018 that a study by University College London showed that 4 a.m. is the time most babies are born spontaneously (without intervention, like a C-section or induction). The study also showed the majority of babies arrived between 1 a.m. and 7 a.m.

Scientific American has also reported on when and how babies are born. Based on data from the CDC on babies born in 2014, it was found that spontaneous births tend to happen more in the day than during the night at a rate of 20% to 30% more babies per minute. (There is also a baby birth boom around 8 a.m. when scheduled C-sections are in the mix.)

So, it makes sense then to think that the royal baby is more likely to be born in the morning, if that is the time that more babies are born overall.

In contrast, on Odds Shark, the hours of the day are divided up evenly and all of the odds are listed as the same, meaning you'd win the same amount if you end up being right, no matter which time you chose. With the Ladbrokes way of dividing things, those who choose "morning" have a greater chance, but wouldn't profit as much money as the "evening" and "afternoon" bettors if they're right.

As for when royal babies are born, of course, many, many royal babies have been born for a very, very long time, but what about some recent ones? Prince George was born at 4:24 p.m. Princess Charlotte was born at 8:34 a.m. Prince Louis was born at 11:01 a.m. According to a People report from Harry's own birth, he was born in the afternoon. As for Prince William, he was born at 9:03 p.m., as the New York Daily News reported. Hmm, pretty inconclusive. Maybe people's bets are being influenced by the fact that two out of three of Prince William and Kate Middleton's children were born in the morning, but there isn't a certain time of day royals are born. You can't just hold in a baby, no matter who you are.