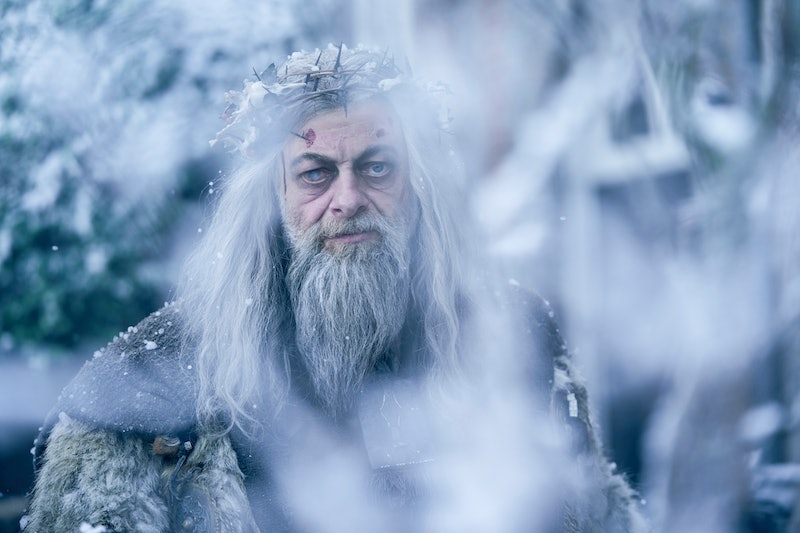 The Charles Dickens festive classic A Christmas Carol has been retold in many forms since its original release back in 1843, and it appears the legendary tale is to be adapted once again, this time in the form of a three-part BBC drama. The series is brought to us by the man behind Peaky Blinders, and boasts quite the impressive cast. So, if you can't wait for this latest reimagining, the trailer for BBC One's A Christmas Carol offers a glimpse into what promises to be a spectacular — and downright spooky — series.

As Digital Spy reports, the BBC adaptation is set to offer viewers a "unique and original take" on the iconic tale, in which Memento actor Guy Pearce will portray the character of Ebenezer Scrooge. In the show's first-look trailer (which is, in all honesty, really quite terrifying), Scrooge is awoken by a menacing voice which warns that he "will not sleep," and must "look upon the evil" he has created. Also appearing in the BBC teaser is The Lord of the Rings star Andy Serkis, who plays the haunting Ghost of Christmas Past, while Black Mirror's Jason Flemyng will star as the Ghost of Christmas Future.

According to the Radio Times, the cast of A Christmas Carol also includes the likes of Line of Duty star Stephen Graham as Jacob Marley, Call the Midwife's Charlotte Riley as Lottie, and the characters of Bob and Mary Cratchit will be played by The Favourite's Joe Alwyn and Doctor Who star Vinette Robinson, respectively. The three-part drama will tell the story of Ebenezer Scrooge: an ill-tempered elderly man who is visited by the spirit of his former business partner, Jacob Marley. The ghosts of Christmas past, present, and future then also arrive to show Scrooge how his callous behaviour has affected those around him — which ultimately leads to a change in Ebenezer's outlook on life.

As the Radio Times reports, the BBC's A Christmas Carol was created in partnership with the U.S. broadcaster FX, and penned by Peaky Blinders creator Steven Knight. The festive special was also executive produced by Tom Hardy and the Academy Award-winning filmmaker Ridley Scott, and if you're as excited as I am for this small-screen adaptation, you can expect to enjoy the upcoming series on BBC One throughout the Christmas period.