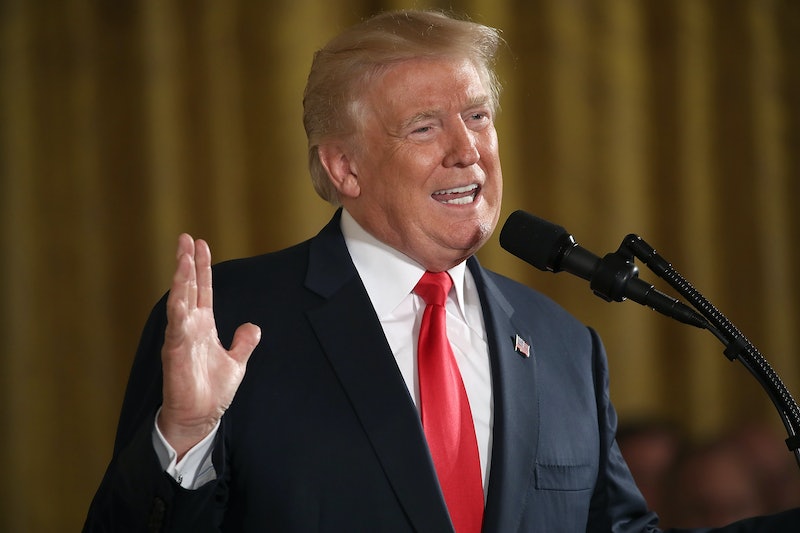 There was probably no promise Donald Trump made on the campaign trail that defined his candidacy than the goal of building a wall on the Mexican border and somehow making Mexico pay for it. So far, Congress hasn't tried to appropriate the money, and Mexico's government has made it clear they're not paying. The president had a political solution to that, if not a practical one — when they spoke shortly after Trump took office, Trump told Mexico's president to stop talking about the wall to the press.

The Washington Post published the full transcript for Trump's call with Mexcian President Enrique Peña Nieto on Jan. 27 (suggesting that promises by the former White House Communications Director to plug leaks in the White House were unfulfilled) and it's full of much of Trump's trademark bluster. It also features the best of Trump's negotiating tactics.

Trump also said in the interview that his signature campaign pledge "is the least important thing that we are talking about, but politically this might be the most important talk about." This probably comes as a surprise to many of Trump's supporters, who have spoken about the wall as a vital promise for the President.

Trump didn't express much in the way of incentive for Peña Nieto to accede to his demands and not discuss the wall, though he did issue threats about what might happen if he didn't.

"If you are going to say that Mexico is not going to pay for the wall, then I do not want to meet with you guys anymore because I cannot live with that," Trump told his Mexican counterpart. Since that threat has not been followed through at all, it's unclear if there was any reason Peña Nieto would have to agree to Trump's demands and back down on Mexico not paying for the wall.

But in the end, Peña Nieto did agree. He told Trump that Mexico would not pay for the wall, and that if Trump understood that, he was willing to not talk much about the issue.

"You have a very big mark on our back, Mr. President, regarding who pays for the wall," said Mexico's president. "This is what I suggest, Mr. President — let us stop talking about the wall. I have recognized the right of any government to protect its borders as it deems necessary and convenient. But my position has been and will continue to be very firm saying that Mexico cannot pay for that wall."

Since that conversation, though Trump has continued to talk about the wall, he's become a lot more insistent on Congress paying to start construction, and less focused on Mexico paying for the wall. Maybe, as Trump himself said to Mexico's president, the wall is important to him politically, but not actually that important.