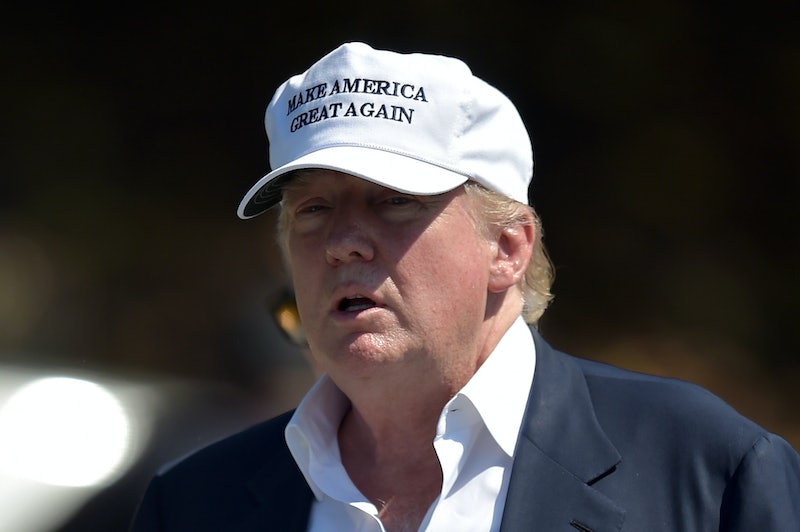 According to a report from Forbes, the Donald J. Trump Foundation allegedly funneled $100,000 in charity donations into the Trump Organization. The donations reportedly passed through the Eric Trump Foundation by way of a charity golf tournament benefitting St. Jude Children’s Research Hospital, a cause that Trump’s second son is passionate about. However, Forbes claims the donations ultimately wound up as payments to the Trump Organization.

The Trump Organization reportedly declined to comment for the Forbes story, and Eric also offered little comment, stating, "It seems like there is a motive against either myself or my family. And if that is the case, I would simply rather disengage."

In a statement to Bustle, a spokesperson for Eric denied the claims put forth by Forbes. "Contrary to recent reports, at no time did the Trump Organization profit in any way from the foundation or any of its activities. While people can disagree on political issues, to infer malicious intent on a charity that has changed so many lives, is not only shameful but is truly disgusting. At the end of the day, the only people who lose are the children of St. Jude and other incredibly worthy causes," the statement read.

The allegations pertain to an annual golf tournament organized by the Eric Trump Foundation. The one-day tournament takes place on a Trump-owned golf course, and the president's son has previously stated that most of the expenses for the tournament — including the Trump-owned venue — were "comped." As a result, the golf tournament was supposed to operate with very low costs and very high donations.

There's no doubt that the Eric Trump Organization has done a wealth of good for the young patients at St. Jude. However, the report that the foundation may have been used to funnel outside donations to the Donald J. Trump Foundation to the very much for-profit Trump Organization seem to renew concerns over the presidential family's business practices. For his part, Eric now co-leads the Trump Organization as an executive vice president, alongside his older brother, Donald Jr.