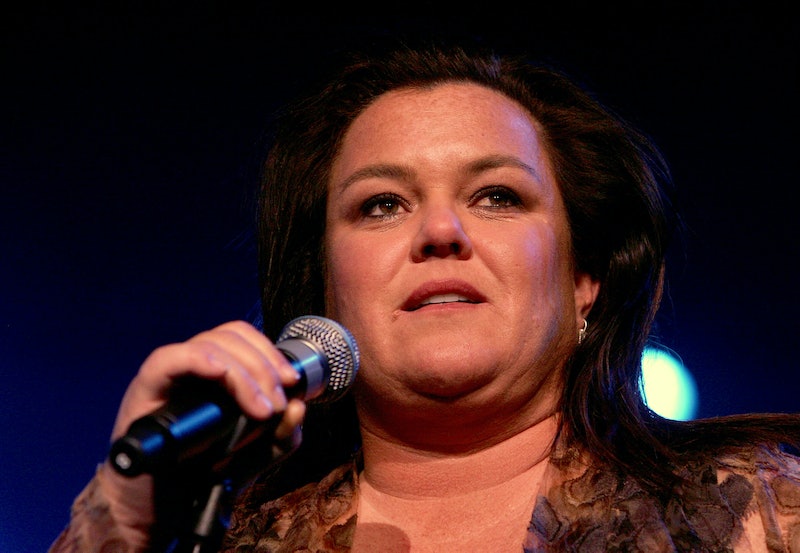 President Trump is under intense scrutiny for his decision to fire FBI Director James Comey, and on Thursday, he responded to the backlash in the most bizarre way possible: by trolling Rosie O'Donnell on Twitter. Yup, you heard that correctly. The president actually dug up a five-month-old tweet from his celebrity archnemesis to suggest that he had been correct in his controversial dismissal. If the situation wasn't so serious, this would be kind of hilarious. But thanks to Twitter, Trump's tweet to Rosie O'Donnell has become a meme, giving us all a little something to laugh about, even in such politically depressing times.

Trump retweeted a December 2016 post from Rosie O'Donnell that read "FIRE COMEY," adding the commentary, "We finally agree on something Rosie." Trump was attempting to make a point to liberals who were once furious with Comey for potentially costing Hillary Clinton the election last year, yet are now furious with the White House for firing him.

Of course, the situation isn't so black-and-white. Trump once praised the FBI director for his decisions regarding Clinton's email scandal, but has decided to fire him now, in the middle of an investigation that could potentially reveal inappropriate links between Trump and Russian officials during the 2016 election.

While Trump may have attempted to make light of this, O'Donnell was quick to remind him of the gravity of the situation. "u don't even realize the kind of trouble u r in," O'Donnell responded on Twitter.

O'Donnell may not have found Trump's tweet very funny, but Twitter sure did. Here are some of the internet's best responses: