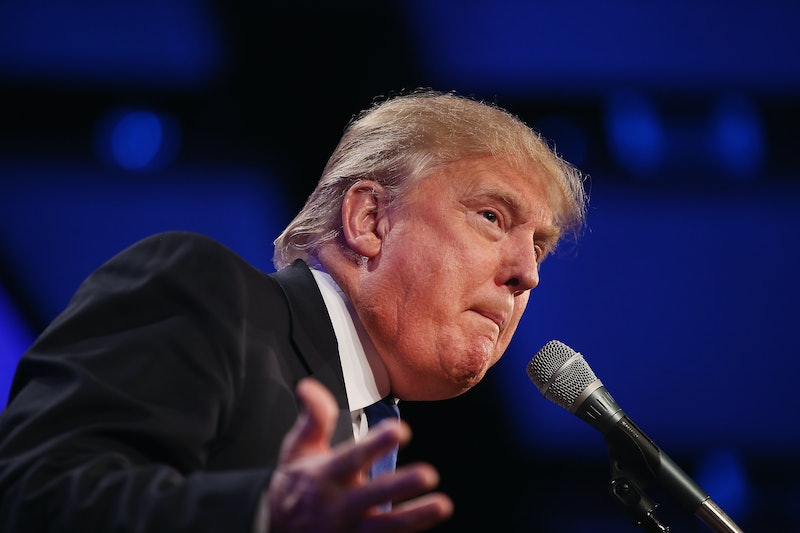 Ever since Donald Trump took the oath of office, just about every day has seemed like a heavy news day. Executive orders, court rulings, congressional votes, Trump’s tweets, leaks from the White House, Kellyanne Conway controversies, unconfirmed reports about chaos inside the administration — there’s a lot going on. And yet not all Trump news is created equal; some is of vital importance, while some is of almost no importance at all. There are the Trump stories you’ve been seeing everywhere, and then there are the Trump stories you should actually be paying attention to. Needless to say, there isn’t a 100 percent overlap between the two.

It’s very easy to feel overwhelmed in the age of Trump, because let’s face it: This is overwhelming. Almost everything about this administration — even the mere fact that it exists — is difficult to process, because Trump is wholly unlike any other person to hold the presidency in America.

But that makes it all the more important to stay engaged. Because Trump is unprecedented as a Commander-in-Chief, there’s no guidebook for predicting what will come of his administration. It’s quite possible that under his rule, the country will change both dramatically and quickly. If we’re going to adapt to those changes, we must stay informed, and that means filtering out the noise and focusing on what’s important. Here are the Trump stories you should ignore, and the ones you should pay attention to instead.

Ignore this: Trump tweeted something mean about fellow billionaire Mark Cuban lately, and Cuban responded in kind. Yawn. These two have been feuding for ages, and will almost certainly continue to so for the foreseeable future.

Focus on this: Lately, members of the Trump team have alleged without evidence that there’s a widespread voter fraud problem in the country, and the vice president is supposedly going to lead a voter fraud investigation. The GOP has long used the spectre of voter fraud to restrict voting access around the country, and if Trump continues to do this, that’s a huge deal and an enormous threat to American democracy.

Ignore this: There’s been a lot of attention lately on Trump’s aggressive handshake style, and more recently, Canadian Prime Minister Justin Trudeau’s equally aggressive response. Put this in the interesting-but-insignificant category. Of all the things to focus on about Trump, how he shakes people’s hands doesn’t matter.

Focus on this: Trump’s deportation raids have begun. Days into his presidency, he signed an executive order greatly expanding the number of people eligible for deportation, and the administration says that it deported 680 people in the last week alone — some of whom hadn’t even been charged with a crime, let alone convicted of one. The ACLU is attempting to fight these raids, but given that Trump’s policies could force up to 8 million people out of the country, this battle is far from over.

Ignore this: Trump’s official inaugural portrait commits the unforgivable grammatical sin of using “to” instead of “too.” Anyone with a passing familiarity with Trump’s Twitter account knows that spelling isn’t his strong suit, so this isn’t really a surprise. Have a laugh at it, because it is funny when Trump embarrasses himself, and then move on.

Focus on this: Trump and his lackeys have spent a lot of energy trying to delegitimize America’s judicial branch, with Trump telling Americans to blame the courts — as in, the court system itself — if there’s a terrorist attack on U.S. soil. It’s impossible to overstate how concerning this is. It’s unprecedented for an American president to attack the entirety of the judicial branch, as it’s a crucial pillar in America’s system of checks and balances. Dismantling the courts is how authoritarians take power, so this is a story that merits every bit of our attention.

Ignore this: As if this writing, the latest gossip out of the White House is that National Security Advisor Michael Flynn, Press Secretary Sean Spicer, and Trump Chief of Staff Reince Priebus may all be on their way out. But there’s no way to know that any of these staff shakeups are real until they happen — and if they do happen, we will immediately know that they’ve happened. So, it’s not really worth spending much time wondering about whether or not they will happen.

Focus on this: Trump has a notoriously bad relationship with America’s intelligence agencies, and that animosity hit alarming new heights on Sunday, when The Observer reported that the National Security Agency is withholding information from Trump, because they do not trust the administration. If it is indeed hiding intelligence information from the President of the United States, that is a genuine crisis in American governance.

Ignore this: Yes, the betting markets are giving relatively high odds to the possibility of Trump getting impeached. But this means nothing right now. Political betting markets blow calls all the time. More importantly, if Trump does get impeached, it will be a long, drawn out process that dominates the news well ahead of any actual impeachment proceedings. In other words, we’ll have a very long heads up if this actually happens. No need to try and predict the future based on bettors’ behavior.

Focus on this: This story isn’t going away anytime soon, but it’s remains one of the most consequential aspects of Trump’s presidency. There are many legal experts who believe Trump is violating the Constitution’s Emoluments Clause due to his business dealings with foreign governments. Trump's camp has denied wrongdoing, saying that foreign powers staying at his hotels are not direct gifts to Trump. This may not sound like a big deal, but it most definitely is, and could quite easily lead to a foreign policy crisis. Alternatively, it could also lead to impeachment. Regardless, it isn’t something that should ever be too far from our minds as we assess and react to the Trump presidency.

Separating the important news stories from the frivolous ones will be crucial under Trump's presidency, because in all likelihood, there will be plenty of both. Fluffy stories can be a fun relief from hard news — but don't let yourself get distracted for too long.