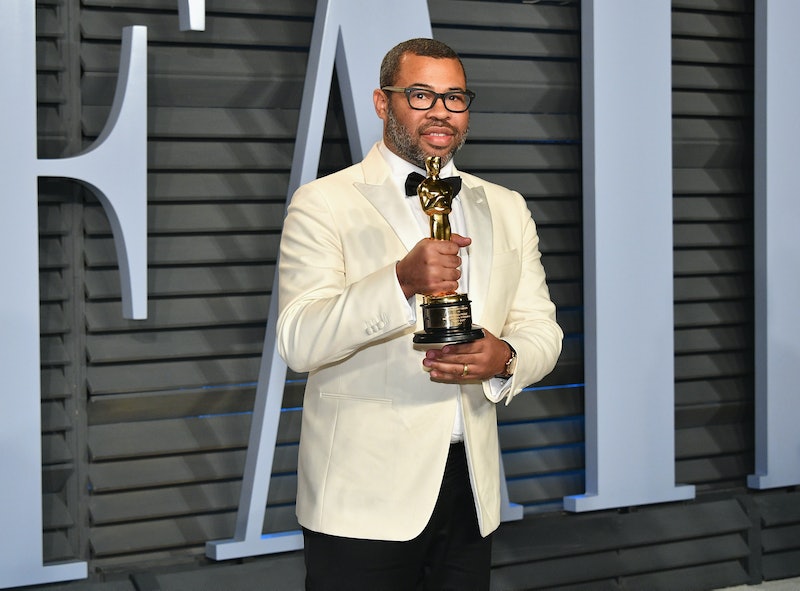 Peele first announced he was planning to revive The Twilight Zone in December 2017. Prior to that, CBS had revealed they were planning to reboot the network's most beloved sci-fi property, but anything else was unknown. By December, Peele confirmed that he, Simon Kinberg, and Marco Ramirez would be collaborating on the project underneath his company, Monkeypaw Productions. (Now, more than ever, Monkeypaw sounds like an appropriate name.)

Close to ten months later, and fans finally have some more answers. Jordan Peele himself will take over the role of host and narrator, one made iconic in the series' original run (1959-1964) by creator Rod Serling. It's still confirmed for CBS All Access, which means it might not be as accessible as fans would hope. That's the network's streaming-only service, one that requires a subscription and continues to run ads.

If this first teaser-slash-announcement, which Peele posted to Twitter on September 20, is any indication? It will be worth it.

Earlier in 2018, the Oscar winner had discussed his hesitance in taking over the famous series to Variety. Not reluctance, by any means, but a commitment — a determination — to get things right. Per the Variety story:

"The realization, for me, was that it was an opportunity to attempt to continue with Serling’s mission. If we approach it without ego and sort of bow to Serling, that will hopefully suffice for our fellow Twilight Zone fans but also bring back a show that I think is needed right now. Because it’s a show that has always helped us look at ourselves, hold a mirror up to society."

As of now, there's no official premiere date besides some point in 2019. Fans also can't be sure of the number of seasons, or even episodes, to expect. Still, it's reassuring to know that the brilliant mind of Peele and his team will have, essentially, full creative control of the revival. They'll likely invent brand-new concepts for the anthology series, but one can assume the trio will rework at least a few classic Twilight Zone episodes as well. Maybe even better than Bridesmaids did.

Twilight Zone fans are psyched about the news; watch Get Out one time and you'll know he's the only person for the job. It's also caused a flurry of responses from celebrities that are equally amped, and one hilarious burn on Peele's wife, comedian Chelsea Peretti, regarding the bizarre way she enjoys cake. It's safe to say that the new slate of Twilight Zone episodes will be every bit as haunting and thought-provoking as the original series, and its second reboot, and the third one. This will be the first time a filmmaker of color has been handed the Twilight Zone reins, and fans can't wait to see what he does with the fifth, secret dimension.