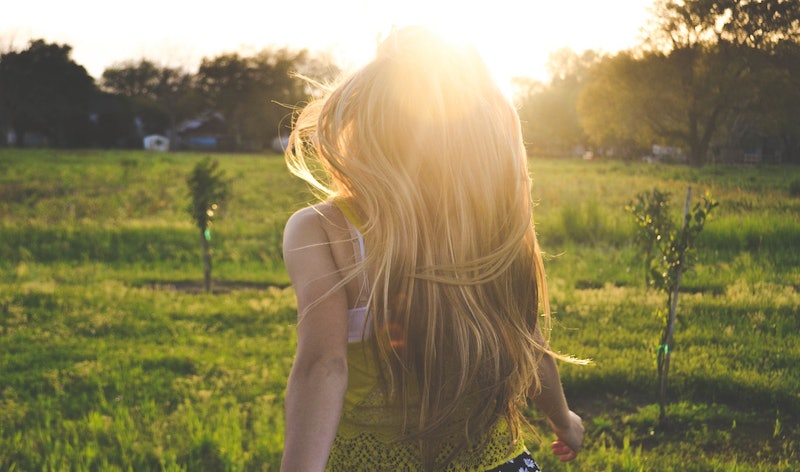 Though your younger years are often categorized as “glory days,” there are actually plenty of reasons to look forward to getting older. After all, more life experience comes with more wisdom, more skills and perhaps even more joy. Case in point: a study from the London School of Economics and Political Sciences has concluded that people are the happiest at two different ages in their lives — and it might surprise you to learn what they are.

The study, led by the school’s Centre of Economic Performance, polled 23,000 German adults from the ages of 17 to 85 on how satisfied they were with their lives overall. It also asked them to predict how they thought they would feel about their lives in five years. The same people were then asked to retake the survey five years later. The results led to a pretty fascinating conclusion.

According to the data pull from the study, our levels of happiness in life seem to follow a U-shaped curve between the ages of 20 to 70, with our joy peaking at the ages of 23 and 69. Wow… who would’ve thunk that our happiness would climax at two such different ages?

Though I personally would’ve never predicted those ages for peak contentment, it starts to make a little more sense the more you think about it. At 23, most people are entering their first real jobs and taking the first exciting steps into launching their adult careers . Meanwhile, at 69, many have already happily settled into retirement and found a new groove in the post-work years.

Of course, it’s kind of alarming to hear that there are so many years between the projected ages of when you experience peak happiness. But according to the study, there’s a reason for the wide span of time in between. Researchers concluded that younger people tend to their overestimate their future life satisfaction while older people tend to underestimate it, leading to that U-shaped curve of happiness. Plus, a lot happens in those decades in between peaks, like getting a major job promotion, starting a family or launching a business — all of which can affect your level of satisfaction with life.

That being said, that doesn’t mean you have to wait to turn either 23 or 69 to be happy. It’s up to you to figure out what makes you feel most satisfied in life — whether it’s as small as taking a daily jog outside or as big as moving to a different state — and make it happen.

More like this
An Honest Review Of The TikTok-Famous WalkingPad
By Kaitlyn Wylde
What Dreams About Being Lost Mean, According To Experts
By Carolyn Steber
5 Crystals To Lower Your Anxiety
By Megan McCarty
5 Crystals To Manifest Better Sleep
By Megan McCarty
Get Even More From Bustle — Sign Up For The Newsletter