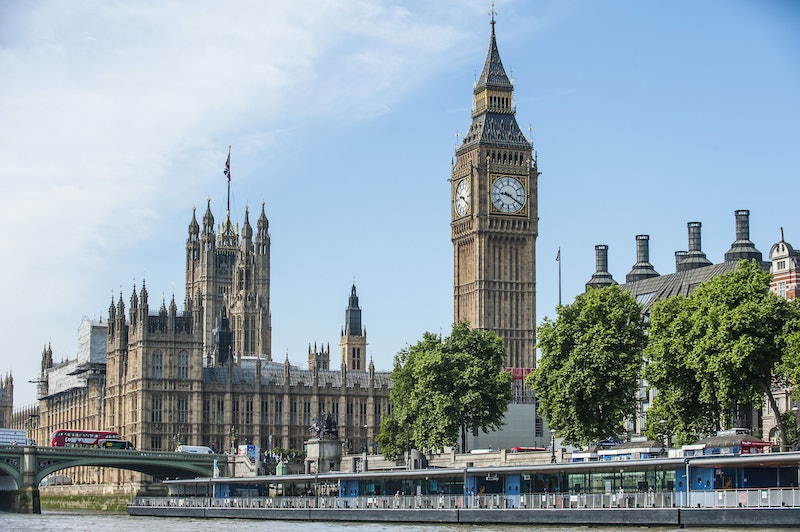 Lucy Young/Shutterstock
By Sophie McEvoy
May 16, 2019

On Monday (May 13), The Jeremy Kyle Show was pulled off-air indefinitely after the death of a guest that appeared on the show two weeks prior. Yesterday (May 16) ITV announced that the programme would be cancelled after concerns were raised about the aftercare process. The cancellation also initiated a much-needed conversation about the relationship between reality television and mental health — so much so that the government are launching an inquiry into reality TV and the dangers that such series pose on the mental health of those that participate.

As Digital Spy reports, following the cancellation the DCMS (Digital, Culture, Media and Sport) Select Committee has launched an inquiry that will "examine the current practices of broadcasters and producers", and what can be done to improve the aftercare system on reality shows. "ITV has made the right decision to permanently cancel The Jeremy Kyle Show. However, that should not be the end of the matter," DCMS Committee Chair Damian Collins MP said in a statement posted on the Committee's site. "There needs to be an independent review of the duty of care TV companies have to participants in reality TV shows and the DCMS select committee has decided to hold an inquiry this summer into these issues." He continued:

Programmes like The Jeremy Kyle Show risk putting people who might be vulnerable on to a public stage at a point in their lives when they are unable to foresee the consequences, either for themselves of their families. This kind of TV featuring members of the public attracts viewing figures in the millions but in return for ratings, the broadcasters must demonstrate their duty of care to the people whose personal lives are being exposed. With an increasing demand for this type of programming, we'll be examining broadcasting regulation in this area — is it fit for purpose?

The Select Committee are opening the inquiry to "the public, organisations, and others with relevant expertise" to lend their answers to the terms of reference stated on their site, which include the psychological support provided by production companies and broadcasters, how the aftercare process can be improved, and whether the formats of these shows "put unfair psychological pressure on participants". The deadline for submissions to the inquiry is June 13 at 5 p.m. and can be submitted here.

This inquiry comes after similar concerns were raised about Love Island, which is due to return for a fifth series in a matter of weeks. As the Daily Mail reports, viewers have taken to social media to highlight the issues of Love Island coming back despite the recent deaths of two former contestants, Sophie Gradon and Mike Thalassitis. Following Thalassitis's death in March, ITV ensured that they had independently reviewed the "medical processes on Love Island", which led the show to "extend [their] support processes to offer therapy to all Islanders and not only those that reach out to us." The also said:

[W]e will be delivering bespoke training to all future Islanders to include social media and financial management. The key focus will be for us to be reliant on the Islanders for asking us for support but for us to proactively check in with them on a regular basis.