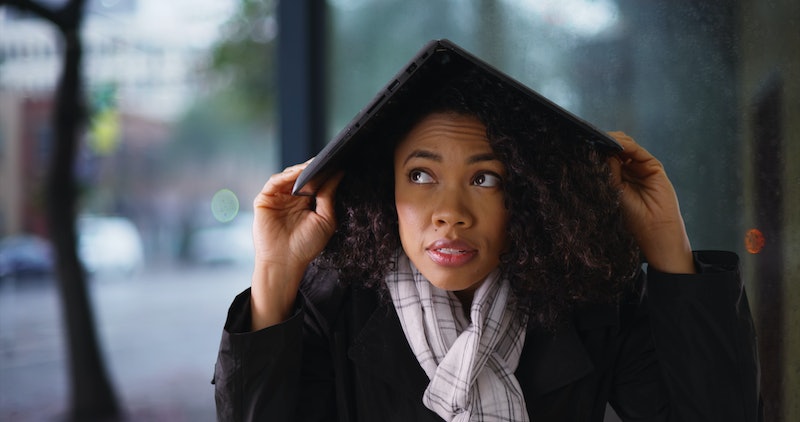 With all the bad luck that's already descended on 2018, the universe decided to put Halloween smack in the middle of Venus retrograde to make things even more bananas. This is why you're going to want to be aware of unlucky things to avoid on Halloween 2018 based on your zodiac sign. Because, for most signs, the marriage of these two events could increase the chances for turmoil. And, you're totally gonna want to know which While Halloween is the one day of the year that it's 100 percent acceptable to pretend to be someone else, if you're not aware of the cosmic chaos that could magnify your negative traits on Halloween, you could unintentionally create your own scary movie.

This doesn't mean you should stay home on Halloween. It's really a case of #TheMoreYouKnow. "Halloween is not a night to be feared ... It is a time to give just a little extra thought to the fact that we are spiritual beings that never die," Forever Conscious explained on its website. "Instead, we live on in different forms and in different ways. We continually recreate ourselves through the cycles of life." Because the window between the living and the dead is wide open on Halloween, there's more energy swirling around than usual. If you believe in astrology even a little bit, it's worth knowing what to steer clear of on Halloween 2018 based on your sign.