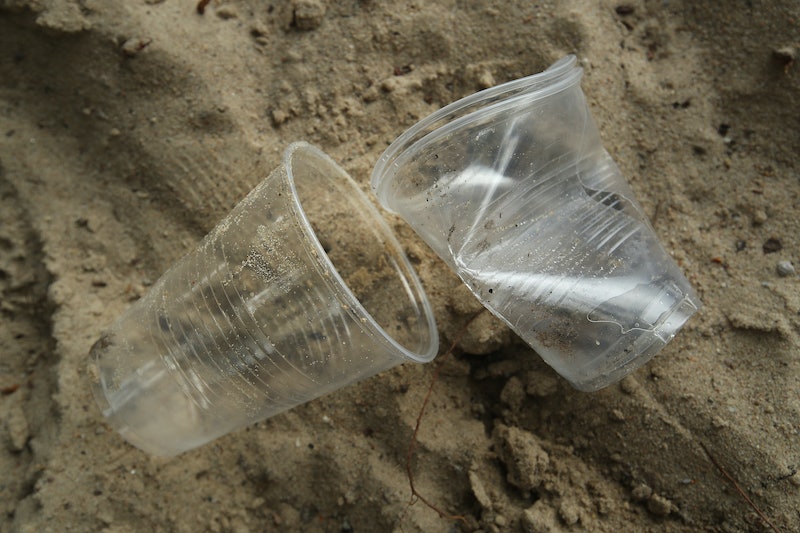 Governments from nearly every country on Earth have signed a historic agreement to regulate the movement of plastic waste between countries in an attempt to tackle the global plastic pollution problem, United Nations officials said Saturday. But according to CNN, the United States didn't sign the plastic waste agreement that a lengthy list of other countries committed to.

After two-weeks of talks at U.N. conventions in Geneva, Switzerland, 187 nations agreed to amend the Basel Convention, a treaty regulating how countries move various hazardous material between themselves, to now include plastic. As the United States is one of only two countries who have yet to ratify the Basel Convention, it was not involved in talks to add plastics to the list of hazardous materials, CNN has reported.

U.N. officials have characterized the move to add plastic to the Basel Convention as a victory for environmental conservation efforts. "I'm proud that this week in Geneva, Parties to the Basel Convention have reached agreement on a legally-binding, globally-reaching mechanism for managing plastic waste," Rolph Payet, the executive secretary of the Basel, Rotterdam, and Stockholm conventions, said in a statement released Friday. He continued:

Plastic waste is acknowledged as one of the world's most pressing environmental issues, and the fact that this week close to one million people around the world signed a petition urging Basel Convention Parties to take action here in Geneva at the COPs is a sign that public awareness and desire for action is high.

In a statement to NBC News, Payet hailed the agreement as a "historic" step toward real action. "It's sending a very strong political signal to the rest of the world — to the private sector, to the consumer market — that we need to do something," Payet said. "Countries have decided to do something which will translate into real action on the ground."

According to CNN, countries signed to the treaty looking to trade contaminated and/or mixed plastic wastes will now have to obtain consent from receiving countries before the plastics can be moved. Mixes of polyethylene (PE), polypropylene (PP), and polyethylene terephthalate (PET, the chemical name for polyester) will serve as exceptions, the cable news outlet reported.

The World Wide Fund for Nature framed Friday's agreement as a vital response to the world's plastic problem. "For far too long, we have relied on waste disposal to deal with our increasing addiction to single-use plastic," WWF International Director General Marco Lambertini said in a statement. "Wealthy countries have abdicated responsibility for enormous quantities of plastic waste by using the developing world as a dumping ground. Developing economies have grown their own domestic plastic consumption without adequate collection and waste management systems."

But Lambertini also characterized the agreement as merely a first step. "Today's decision is a highly welcome step towards redressing this imbalance and restoring a measure of accountability to the global plastic waste management system," he continued. "However, it only goes part of the way. What we — and the planet — need is a comprehensive treaty to tackle the global plastic crisis."